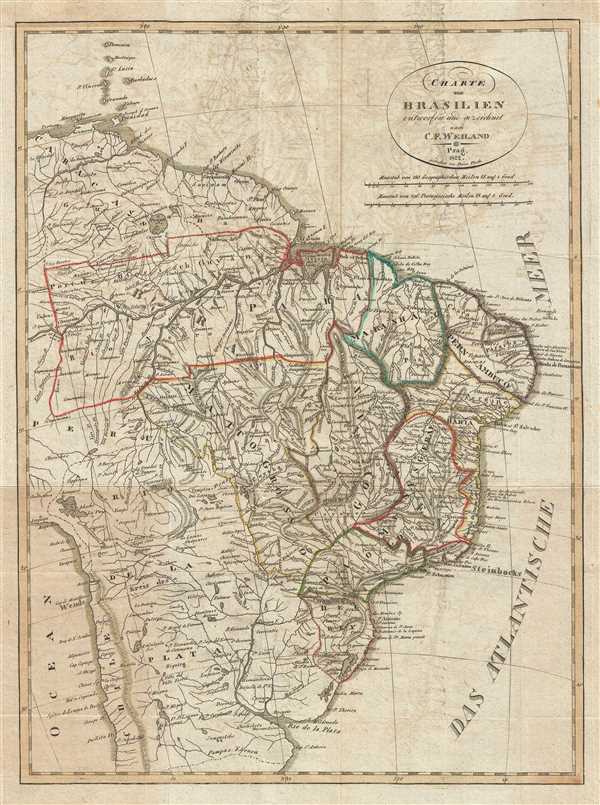 This is an 1822 Franz Pluth map of Brazil. The map depicts the region from the Caribbean islands of Martinique and St. Lucia to the Rio de la Plata and the Pampas and from Peru and the Pacific Ocean to the Atlantic Ocean. A highly detailed depiction of the region, Brazil is divided into different states, including Pernambuco. Innumerable rivers traverse the landscape, with the Amazon River system and the Uruguay River system dominating. The Andes are illustrated in a much less concrete manner, appearing to be ghosted in, between Chile and Argentina, which are labeled here as 'Rio de la Plata'. Several cities, such as Rio de Janeiro, Bahia, and Buenos Aires are labeled, along with numerous other coastal locations.

This map was created by Franz Pluth in 1822 and based on work by Carl Ferdinand Weiland.

Very good. Light transferrence. Blank on verso.
Looking for a high-resolution scan of this?