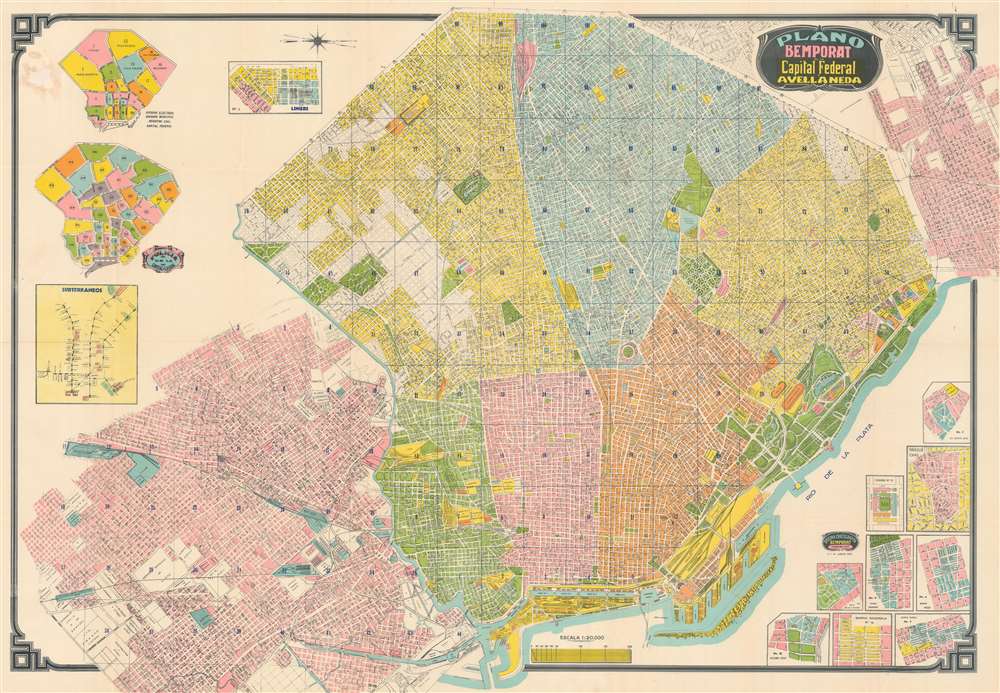 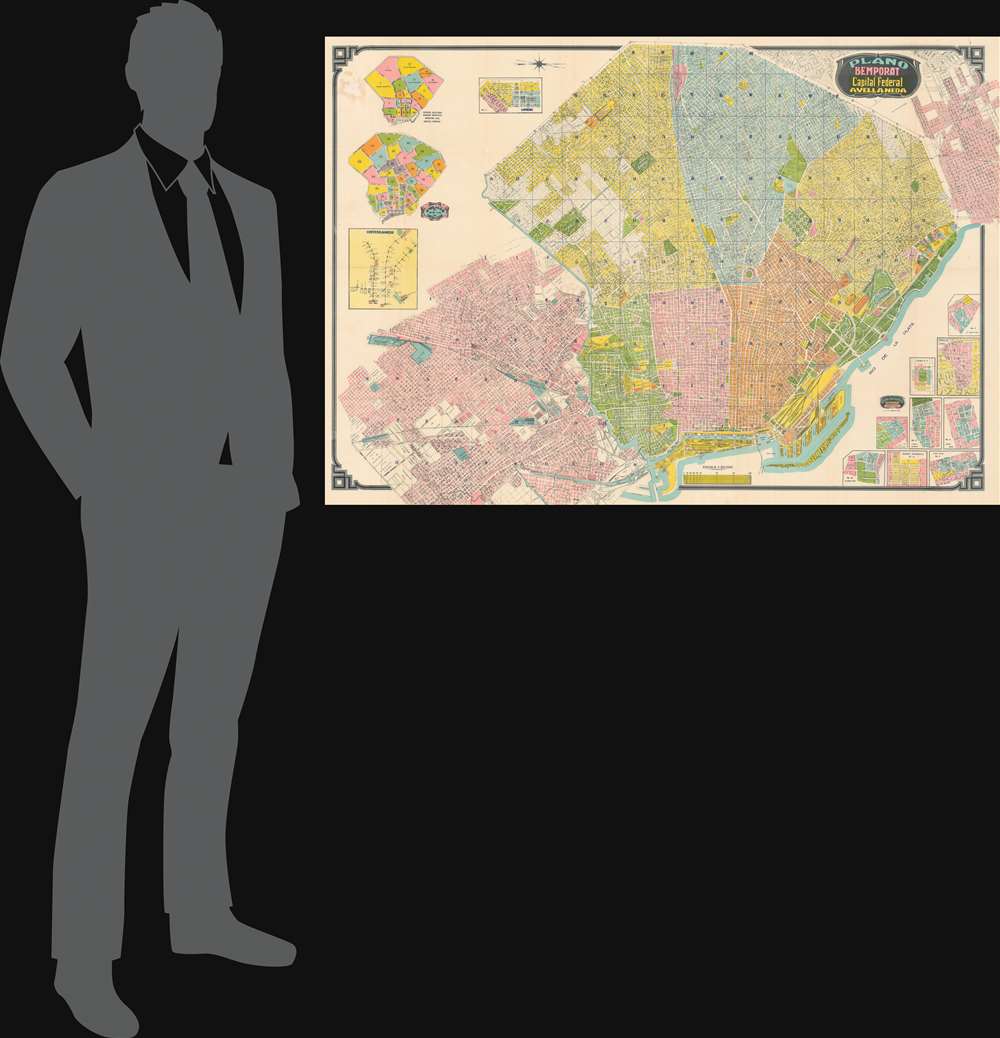 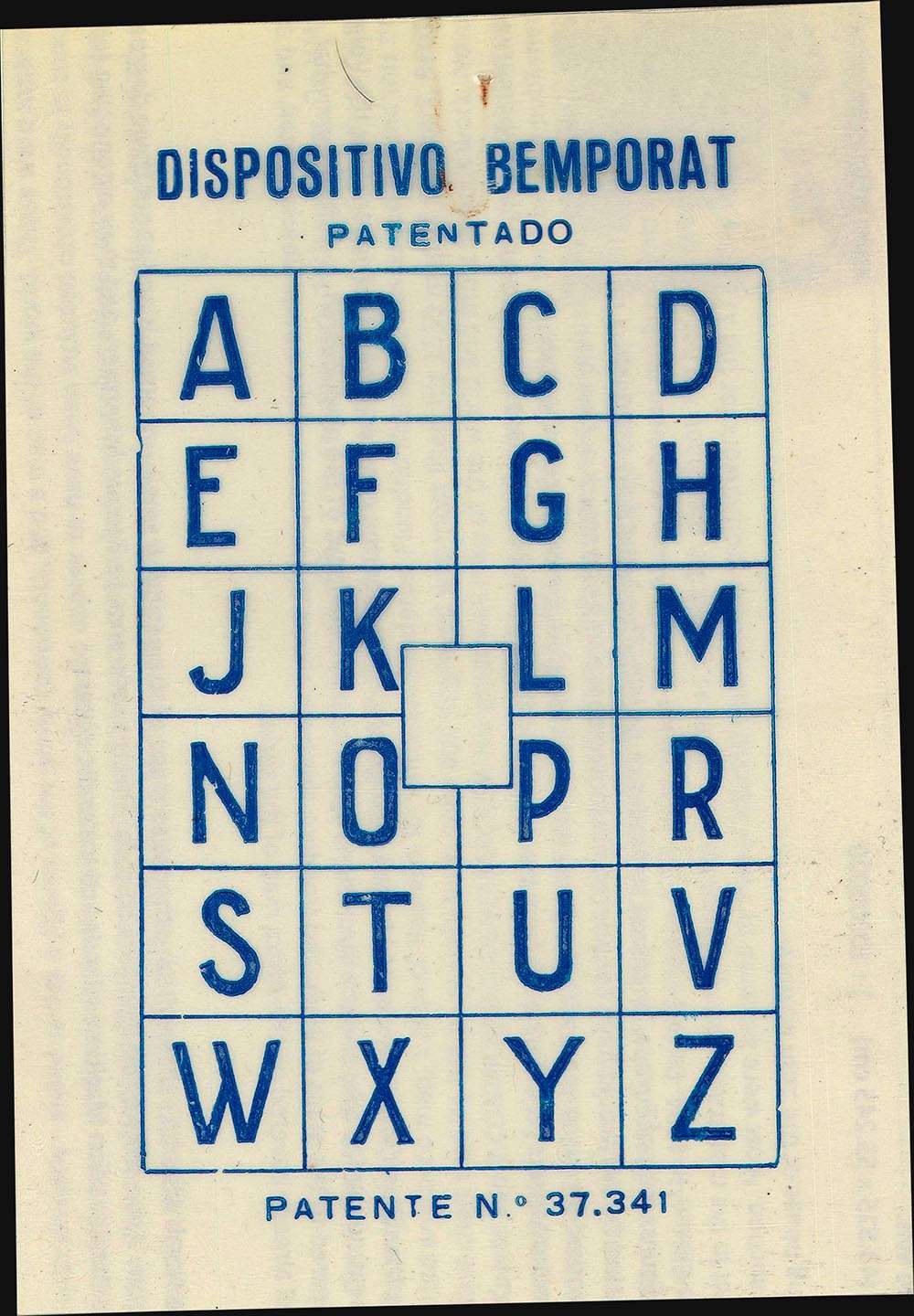 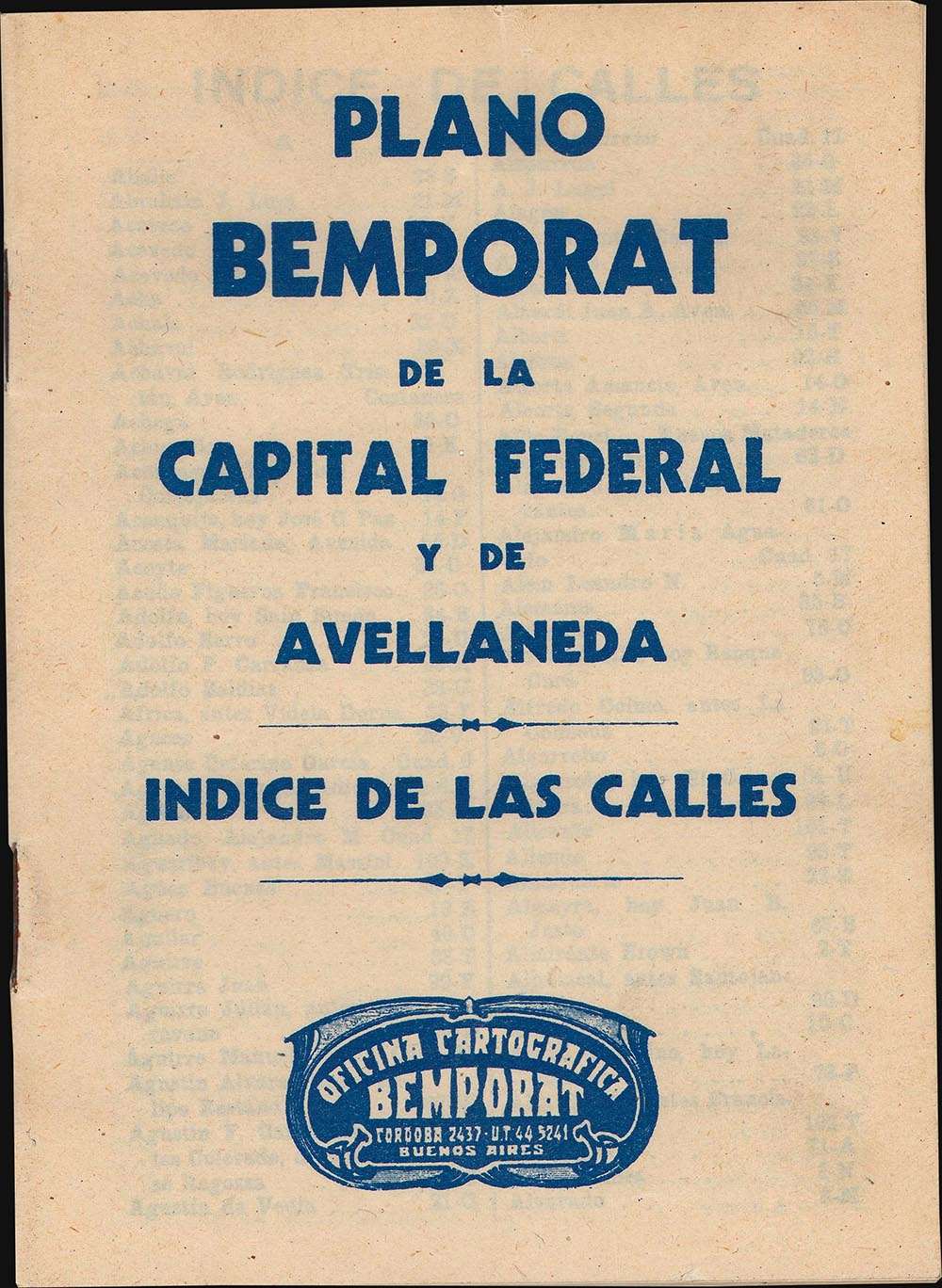 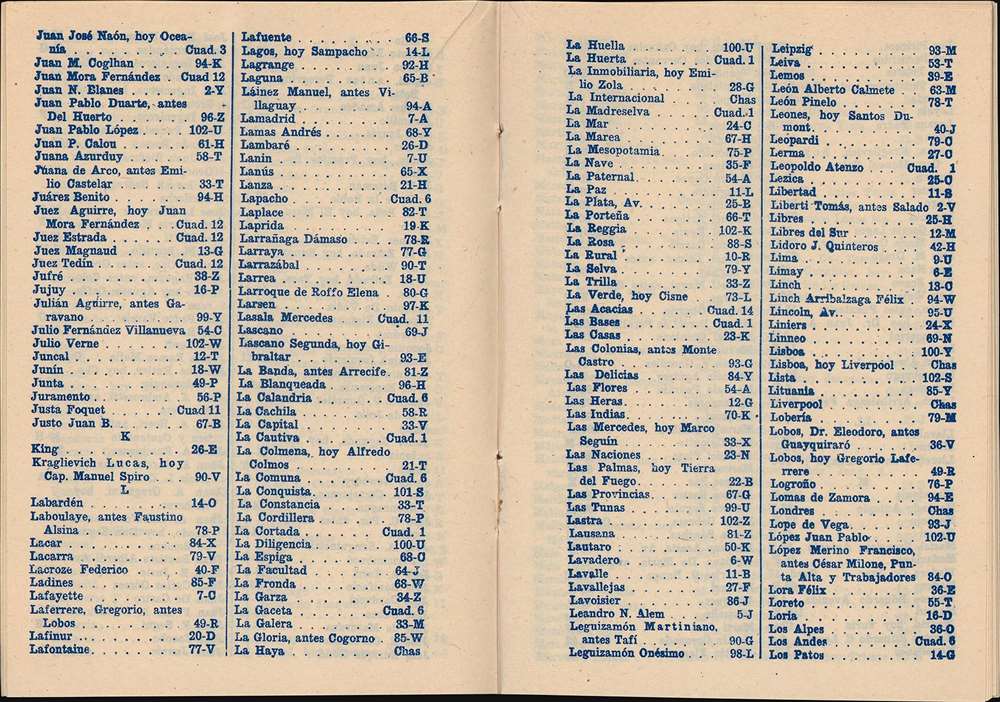 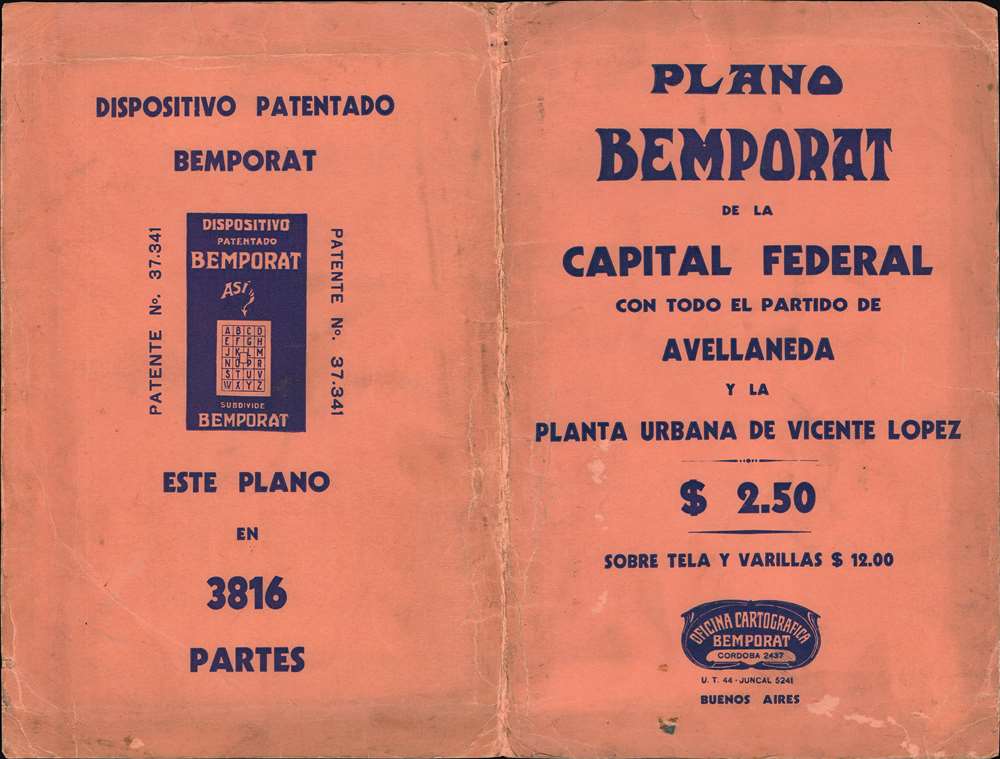 Use a transparency to find nearly any street in Buenos Aires.
$450.00

This is a c. 1966 Bemporat city map of Buenos Aires, Argentina. Buildings throughout are illustrated and identified, including the River Plate football team's stadium, the 'Hipodromo Argentino', sports clubs, hospitals, and municipal buildings. City parks and squares leap off the page in bright green. Streets throughout are labeled and city blocks numbered, facilitating navigation. Nine insets situated in the lower right detail neighborhoods. Insets in the upper left illustrate municipal divisions and police precincts. A final inset, along the left border, depicts the Buenos Aires subway network, known as the Subte de Buenos Aires.

The present map is accompanied by a booklet containing an alphabetic street index and a small transparent film bearing a grid with the letters 'A' through 'Z' printed in the squares (image five and image three of this listing, respectively). These combine to create a mechanism to easily locate any street. First, one finds the street they are looking for in the index which will provide a number and a letter, '27-U' for example. The user then locates square twenty-seven on the map and places the transparent grid over that square. Finally, they look underneath the 'U' square on the transparency to find the location of the street.

As this map is undated, we used the subway map to arrive at the c. 1966 date. The 'C' line ends at 'Retiro' on this piece, which corresponds to a known 1966 map of Buenos Aires. That same station was known as 'Presidente Perón' in 1955. It is possible that the station was renamed 'Retiro' before 1966, but we have been unable to locate documentation that states when the station was officially renamed.

This map was created and published by Oficina Cartografica Bemporat c. 1966. This is the only known cataloged example.

The Oficina Cartográfica Bemporat (1928 - 1970) was a publishing house in Buenos Aires, Argentina. Bemporat specialized in large folding city plans and specialized in plans of Buenos Aires. Their series of plans of Buenos Aires went through several revisions and is considered to be their most important map series. Bemporat also published city plans of Montevideo, La Paz, and Rosario, as well as a map of Argentina's railway network and several atlases. Learn More...