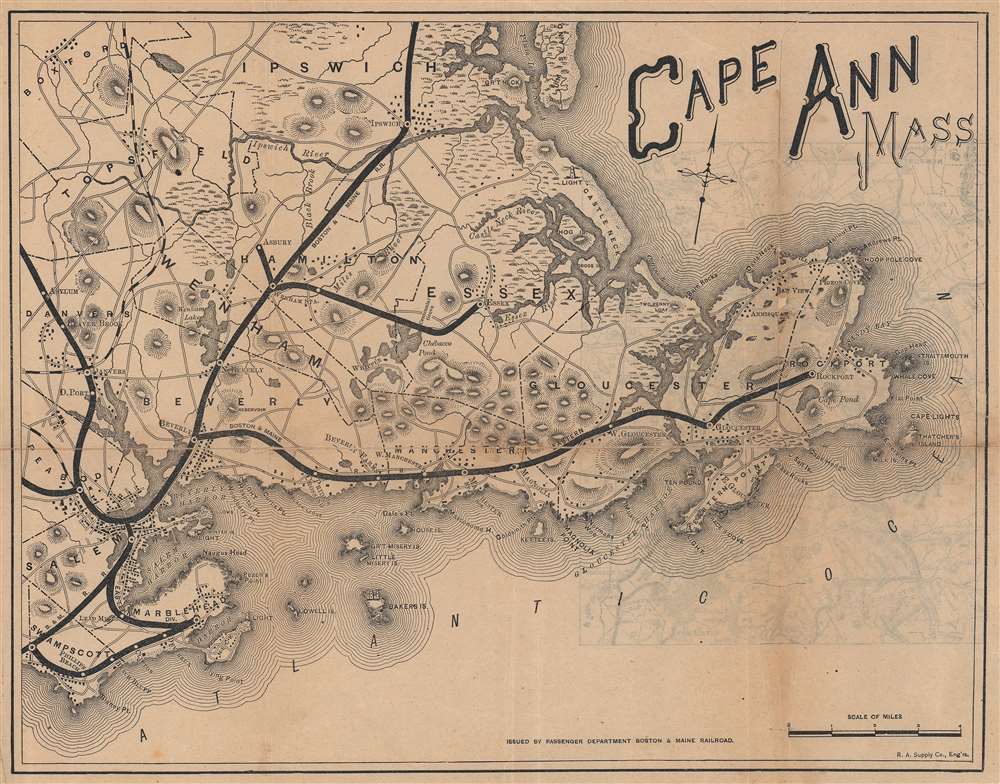 This is an 1889 Rand Avery Supply Company map of Cape Ann, Massachusetts. Issued by the Passenger Department of the Boston and Maine Railroad, thick black lines trace the Boston and Maine Railroad's network through the region, including the Eastern Division spurs to Marblehead and Rockport. The only cities and towns labeled are those serviced by the Boston and Maine. However, the region's counties, rivers, ponds, and lakes are all illustrated and labeled. The coastline is also depicted in detail, with Salem Harbor and Beverly Harbor identified, along with innumerable points and coves.

This map was created by the Rand Avery Supply Company, issued by the Passenger Department of the Boston and Maine Railroad, and published in Benjamin D. Hill and Winfield S. Nevins' The North Shore of Massachusetts Bay. Eleventh Edition. in 1889. The guidebook is well represented in institutional collections but is scarce on the private market.