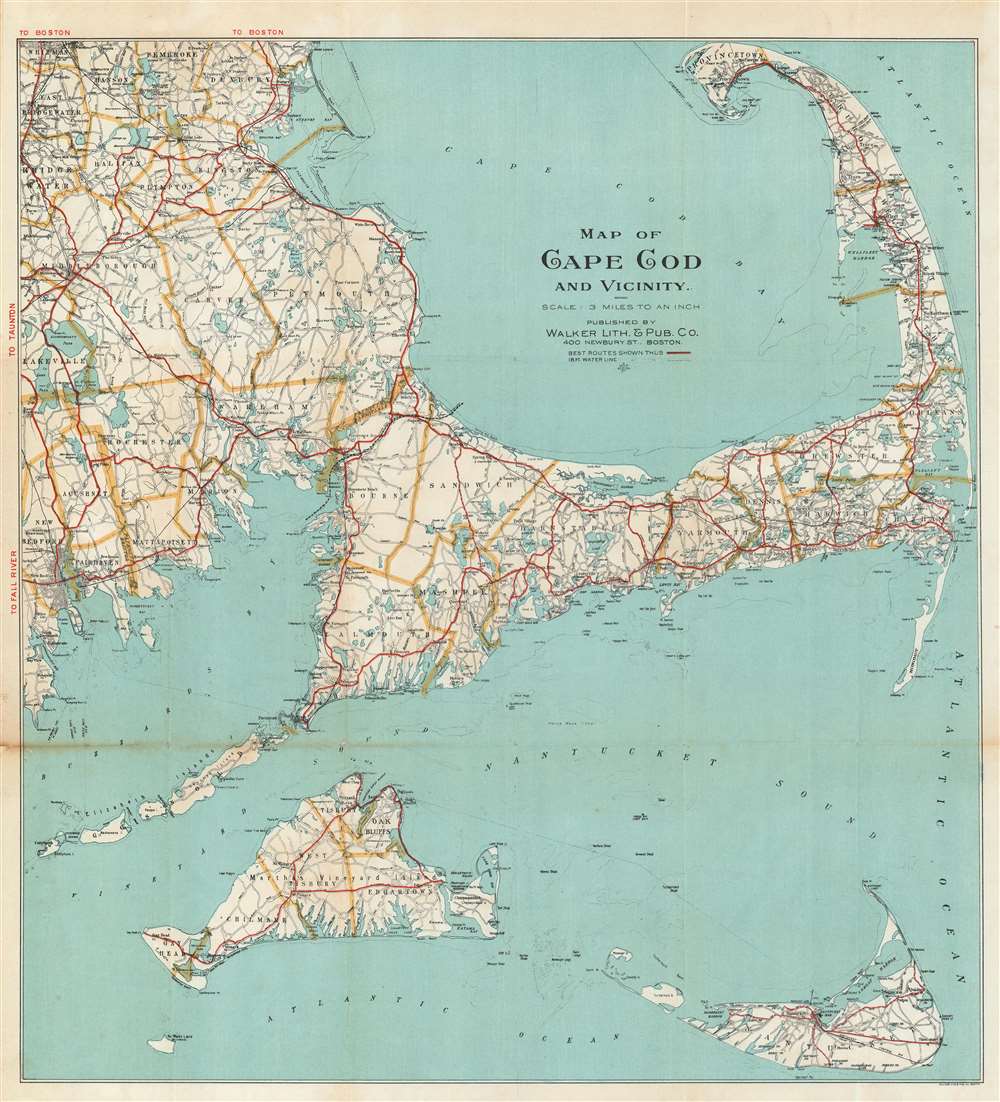 A road map of Cape Cod highlighting the 'best routes' to take by car.

This is a 1917 Walker Lithographic and Publishing Company map of Cape Cod and vicinity. The map depicts the region from New Bedford to the Atlantic Ocean and from Whitman and Provincetown to Nantucket. Created as a road map, Walker identifies the 'best routes' throughout the region by solid red lines. Myriad other roads are illustrated, some of which are labeled. Numerous cities are labeled, including Hyannisport, Yarmouth, W. Yarmouth, Prospect Hill, and Provincetown. Counties are labeled with big block letters and are bordered by thick beige lines, making it easy to differentiate between them. Buzzards Bay and Cape Cod Bay are also illustrated and labeled, as are numerous other bays, points, and other coastal landmarks. Both Martha's Vineyard and Nantucket are included and illustrated in detail.

This map was created and published by the Walker Lithographic and Publishing Company in 1917. As this piece is undated and was issued in several different editions, it is difficult to state for certain how many examples are part of institutional collections. We do know that an example is part of the collection at the Norman B. Leventhal Map Center at the Boston Public Library.

Very good. Even overall toning. A couple of minor wormholes near centerfold. Light wear along original centerfold. Blank on verso.