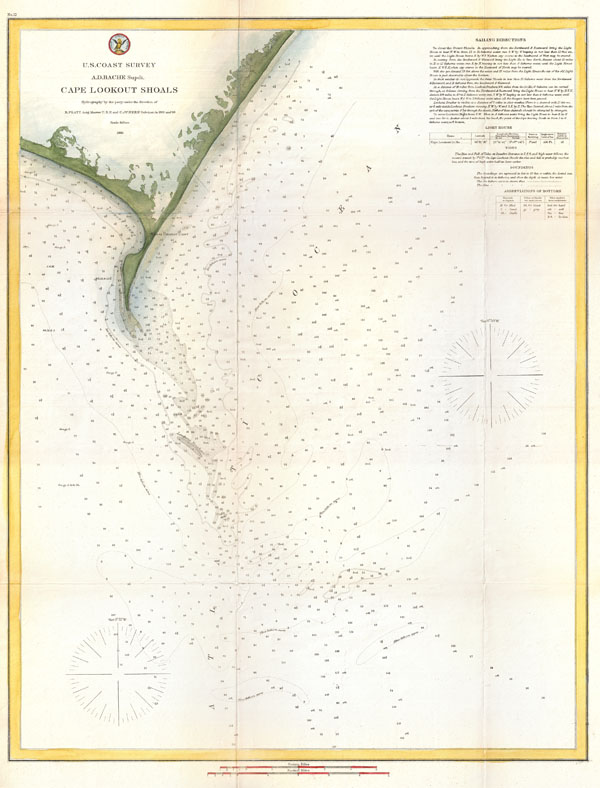 An extremely attractive 1866 U.S. Coast Survey nautical chart or map detailing Cape Lookout, North Carolina, and nearby shoals. Map shows the land projection of Cape Lookout and much of the sea to the south and east. Follows the course of the Nine Fathom Curve identifying the Lookout Breakers and other dangers. Notes the location of the important Cape Lookout Lighthouse which still stands today. Sailing directions can be found in the upper right quadrant. The hydrography for this chart was completed R. Platt and C. Junken. This chart was prepared under the supervision of A. D. Bache, one of the most influential Superintendents in the history of the Coast Survey. Issued in the 1867 supplement to the 1865 Superintendent's Report.

Very good condition. Minor toning and verso reinforcement along original fold lines - else very clean.
Looking for a high-resolution scan of this?