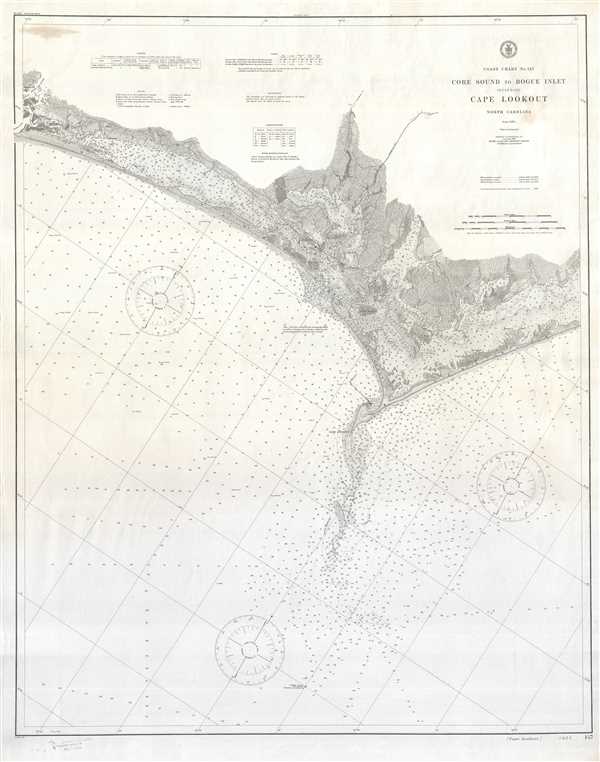 An impressive large format 1910 U.S. Coast and Geodetic Survey nautical chart or maritime map of Cape Lookout, North Carolina. Centered on Cape Lookout, the chart covers from Core Sound to Bogue Inlet. It offers impressive inland detail as well as a wealth of depth soundings, data on lights, notes on buoys, and a wealth of other practical information for the mariner. The Lookout Shoals are identified with shading. It was prepared under the supervision of O. H. Tittmann, Superintendent of the U.S. Coast and Geodetic Survey.

Very good. A couple of minor stains - see image. Heavy stock.
Looking for a high-resolution scan of this?