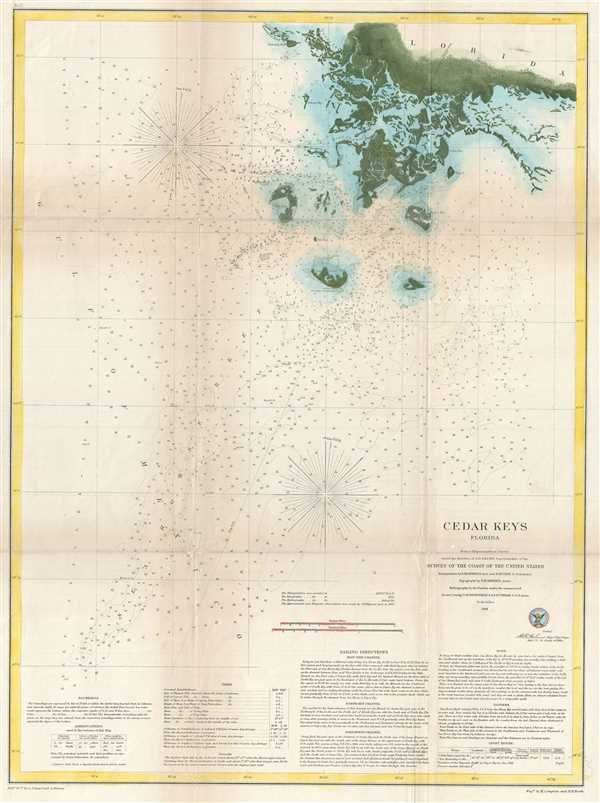 Following the Seminole Wars, the government pushed for settlement of Florida and increased harvesting of its many natural resources. Cedar Key, situated on the Florida coast between Tampa and Apalachicola, was identified as a central to this plan for its potential as a shipping port. The U.S. Coast survey sent its top Gulf of Mexico expert F. H. Gerdes to survey the Key in anticipation of constructing a Steam Pier and Railroad. Following the Civil War, Cedar Key did in fact develop considerable a shipping trade as well as a number of mills and other factories, but most of these were destroyed in a series of violent hurricanes in the late 19th century.

The whole was compiled under the direction of A. D. Bache, Superintendent of the Survey of the Coast of the United States and one of the most influential American cartographers of the 19th century.