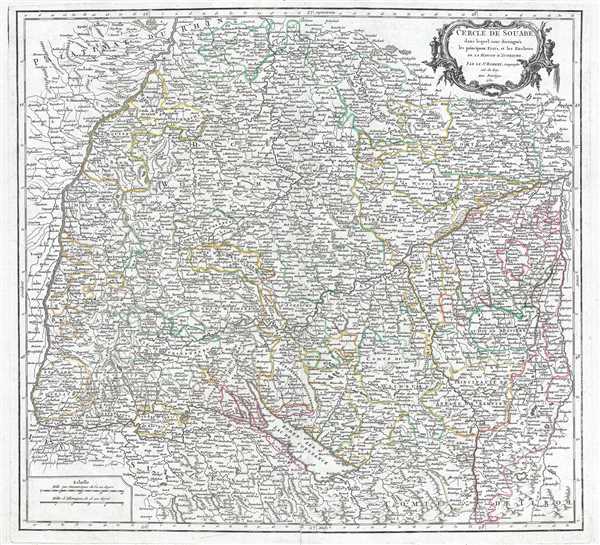 This is an attractive 1749 map of Swabia, Germany by Gilles Robert de Vaugondy. The map covers the southwestern parts of Germany along with parts of Switzerland. The map extends from Zurich in Switzerland north to Speyer in Germany and east as far as Donauworth. The entire region is depicted in extraordinary detail, offering both topographical and political information, with forests and mountains beautifully rendered in profile.

This map was published in the 1751 edition of Vaugondy's Atlas Universel.