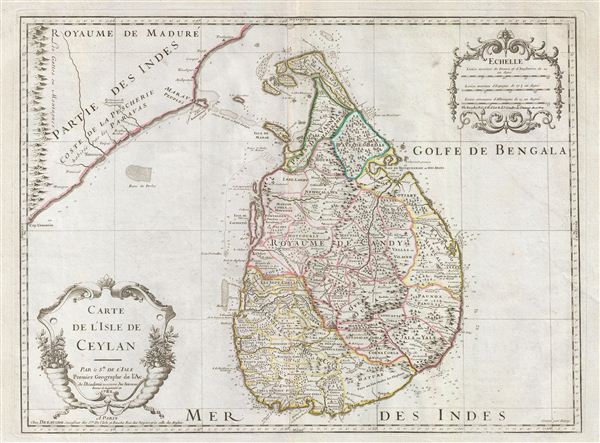 The Dezauche issue of Guillaume de L'Isle's fine map of Ceylon or Sri Lanka. A fine example of De L'Isle's work this map covers the entire island of Ceylon as well as the surrounding seas and parts of adjacent India. As this map was issued control of Ceylon and the rich spice and tea trade that the island represented was hotly contested between the Dutch east Company and the British India. In 1782, as this map went to press, the British captured the port and fort of Trincomalee, establishing a firm foothold on the island that would eventually lead to British sovereignty from 1796 to 1948. This map was published in J. Dezauche's 1789 reissue of G. De L'Isle and P. Buache's Atlas Geographique et Universel.