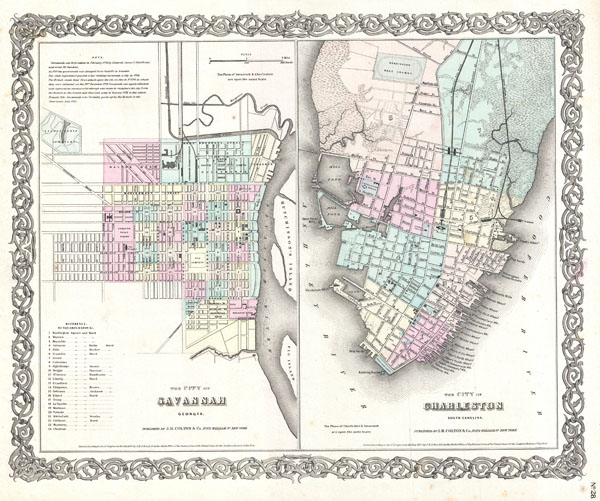 The left hand map, Savannah, Georgia, covers from the Ogeechee Chanel to Thunderbolt Road and from Laurel Grove Cemetery to the Savannah River. Identifies the Central Railroad Depot, the Magazine Ward, the Gas Works and the City Hospital. A note in the upper left quadrant details Savannah's history regarding its founding and involvement in the American Revolutionary War. A ward reference appears in the lower left quadrant.

Dated and copyrighted to J. H. Colton, 1855. Published from Colton's 172 William Street Office in New York City. Issued as page no. 28 in volume 1 of the first edition of George Washington Colton's 1855 Atlas of the World.