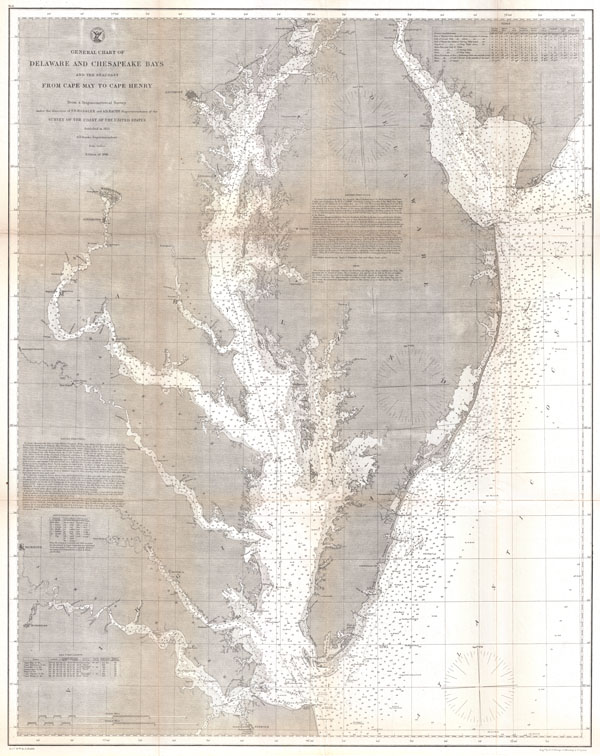 An extraordinary 1866 U.S. Coast Survey nautical chart or map of the Chesapeake Bay and Delaware Bay. This is one of the rarest and most desirable charts issued by the U.S. Coast Survey. Covers from Norfolk Virginia and Cape Henry north to Cape Map and Charlestown. Includes the major cities of Washington D.C. , Baltimore, Richmond, Fredericksburg and Petersburg. While this map offers only minimal inland detail, the maritime detail is extraordinary. Offers thousands of depth sounding throughout and identifies various important bays, sounds, islands, shoals other undersea dangers, lighthouses, beacons, rivers, etc. Detailed sailing instructions for the Chesapeake Bay appear in the lower left quadrant. Sailing instructions for the Delaware Bay appear in the upper right. Notes on lighthouses in the lower left and on tides in the upper right. Scale 1:400,000.

Very good condition. Slight toning and wear on original fold lines - especially at fold intersections where there are minor verso reinforcements. Else an uncommonly clean example.