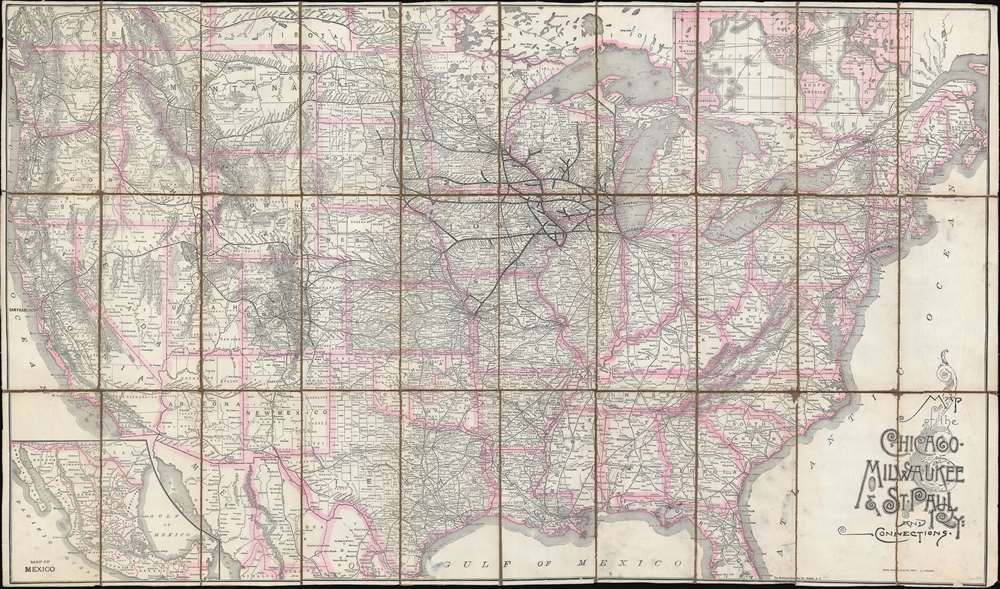 The Chicago, Milwaukee, St. Paul Railroad, commonly known as the Milwaukee Railroad, was a rail network operated in the American Midwest from 1847 to 1980. It was founded as the Milwaukee and Waukesha Railroad in Wisconsin, where it was intended to link Milwaukee (and Lake Michigan) to the Mississippi River. In 1850, the name changed to the Milwaukee and Mississippi Railroad, when construction of the initial line. Between 1850 and 1857 extension lines were added to Waukesha (1851), Madison, and Prairie du Chien (1857), which finally completed the dream of connecting Milwaukee to the Mississippi. In 1874, the railway absorbed the Chicago and Pacific Railroad, changing its name to the Chicago, Milwaukee and St. Paul Railway. By 1887, the railroad had lines extending service to Wisconsin, Minnesota, Iowa, South Dakota, and Michigan's Upper Peninsula.

Between 1884 and 1890 the railroad suffered serious competition form the Northern Pacific, which offered superior access to the West Coast. The railroad directors thus developed a plan to extending their line all the way to the Pacific - no doubt inspiring this coast to coast map. Work on the Pacific Extension, which was estimated at 45 million USD, the equivalent of 1.35 billion in modern dollars, began in 1901 and was completed in 1909. The line ran mostly parallel to the Norther Pacific but was slightly shorter. Ultimately, the extension cost some 235 million USD, more than 4 times estimate, pushing the railroad into insolvency by 1925. It was resurrected several times, but finally terminated all service in 1980.

The map was published jointly by Matthews Northrup and Rand McNally in Chicago on behalf of the railroad. There appear to be several editions with the same title, some dating from the 1870s and others dating as late as 1902. We have been unable to secure images of all editions, but those we have found suggest that the map was massively retooled and redesigned with each publication. The OCLC lists several examples, but upon further investigation, most of these appear to be digital listings tracing back to the David Rumsey example at Stanford. We have verifiable holdings at Stanford, Princeton, and the University of Michigan. We have been able to identify no market history.

Good. Dissected and mounted on original linen in 30 panels. Some loss at fold intersections. Linen is weak in certain sections. Blank on verso.