1929 Varin View of the Chicago Water Works in Chicago, Illinois 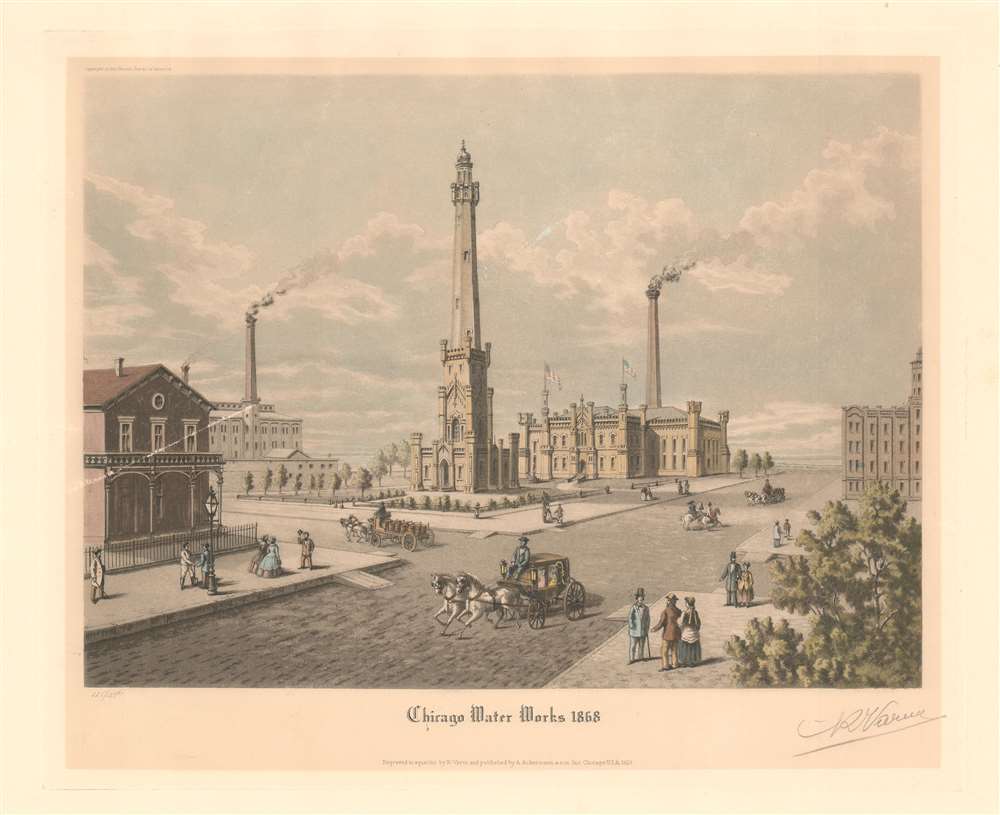 1929 Varin View of the Chicago Water Works in Chicago, Illinois

The Chicago Water Tower - one of the few buildings to survive the Great Chicago Fire.
$900.00

This is a 1929 Raoul Varin aquatint view of the Chicago city waterworks and water tower as it appeared in 1868. Located on modern-day Michigan Avenue (called Pine Street in 1868), the Water Tower and the pump house survived the Great Chicago Fire of October 8-10, 1871. It stands 182.5 feet tall and housed a 138-foot high standpipe while it was operational. When Pine Street was widened in 1918, the plans were revised to give the Water Tower and the Chicago Avenue Pumping Station a featured location.

Varin adapted an 1867 view published by Louis Kurz and James W. Sheahan to create the present view. The Kurz and Sheahan view was published in Chicago Illustrated in January 1867.

This view was created by Raoul Varin and published by A. Ackermann and Son in Chicago in 1929. Varin produced a series of thirty-one views of Chicago between 1926 and 1932, each issued in a limited edition of 125 prints. The present print is hand-numbered in the lower-left corner and is number 125 of 125, making it the last impression in the print run. It is signed by Varin on the lower right. Today, Varin's prints are known to have suffered from poor framing and are generally not in the best condition. The presently offered print, however, is stunning. We are aware of one other example of this view in private hands.

Very good. Exhibits slight scuffing along right border. Signed and numbered by artist. Blank on verso.
Looking for a high-resolution scan of this?