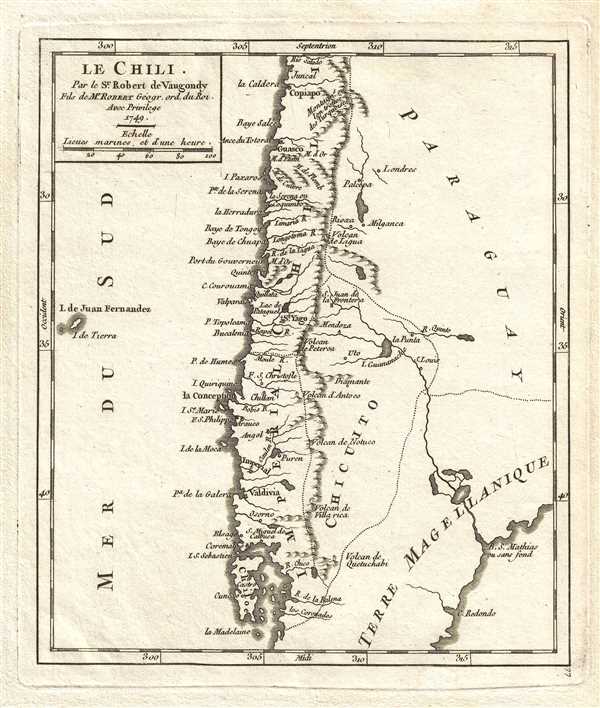 This is a 1749 Didier Robert de Vaugondy map of Chile (Imperial Chili). The map depicts from Chile and Paraguay to the Chilean-Argentine border. Chile is depicted in detail; numerous rivers are labeled. Santiago (St. Yago) and Valparaiso are also labeled. An intriguing description is situated near the upper border, stating that there is are mountains where turquoise can be found (montagneso u l'on trouve des Turquoises). A mountain is also labeled as 'Gold Mountain' (M. d'Or). These descriptions certainly did not help with the ardent desire to find El Dorado. Also, several volcanoes are labeled along the Andes Mountains.