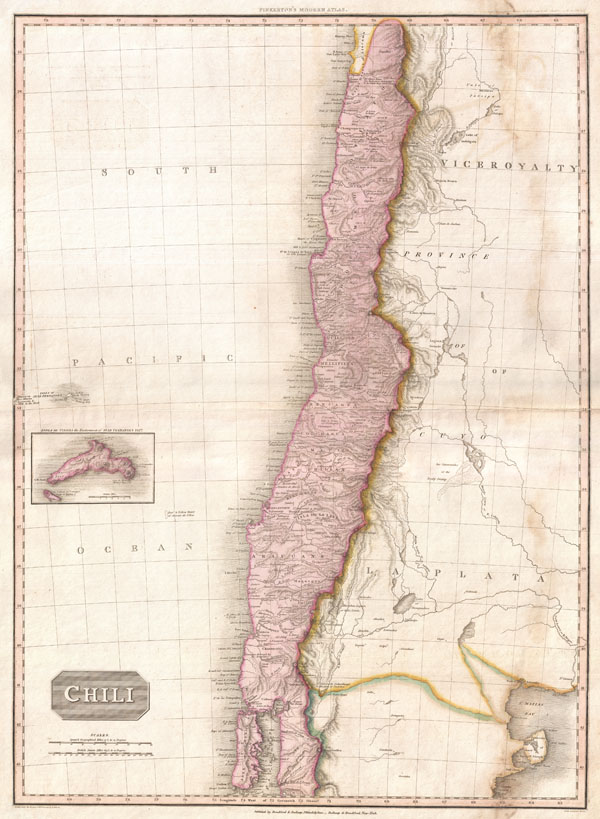 Possibly the finest atlas map of Chile to appear in the 19th century.

This is John Pinkerton's stunning 1818 map of Chile. Covers the southwestern coast of South America from the Atacama Desert to the Isle of Chiloe. This beautifully rendered map is truly a masterpiece of engraving, with mountain ranges, lakes, deserts, and rivers excited with such precision that the result appears almost three dimensional. Pinkerton injections astounding detail throughout with countless towns, cities, geographical features, rivers, islands and bodies of water noted. Names numerous important mountains and volcanoes in the Andes, including Aconcagua, the largest mountain in South America. Possibly the finest atlas map of Chile to appear in the 19th century.

Good. Minor dampstaining in the right hand quadrants. Else clean. Blank on verso.