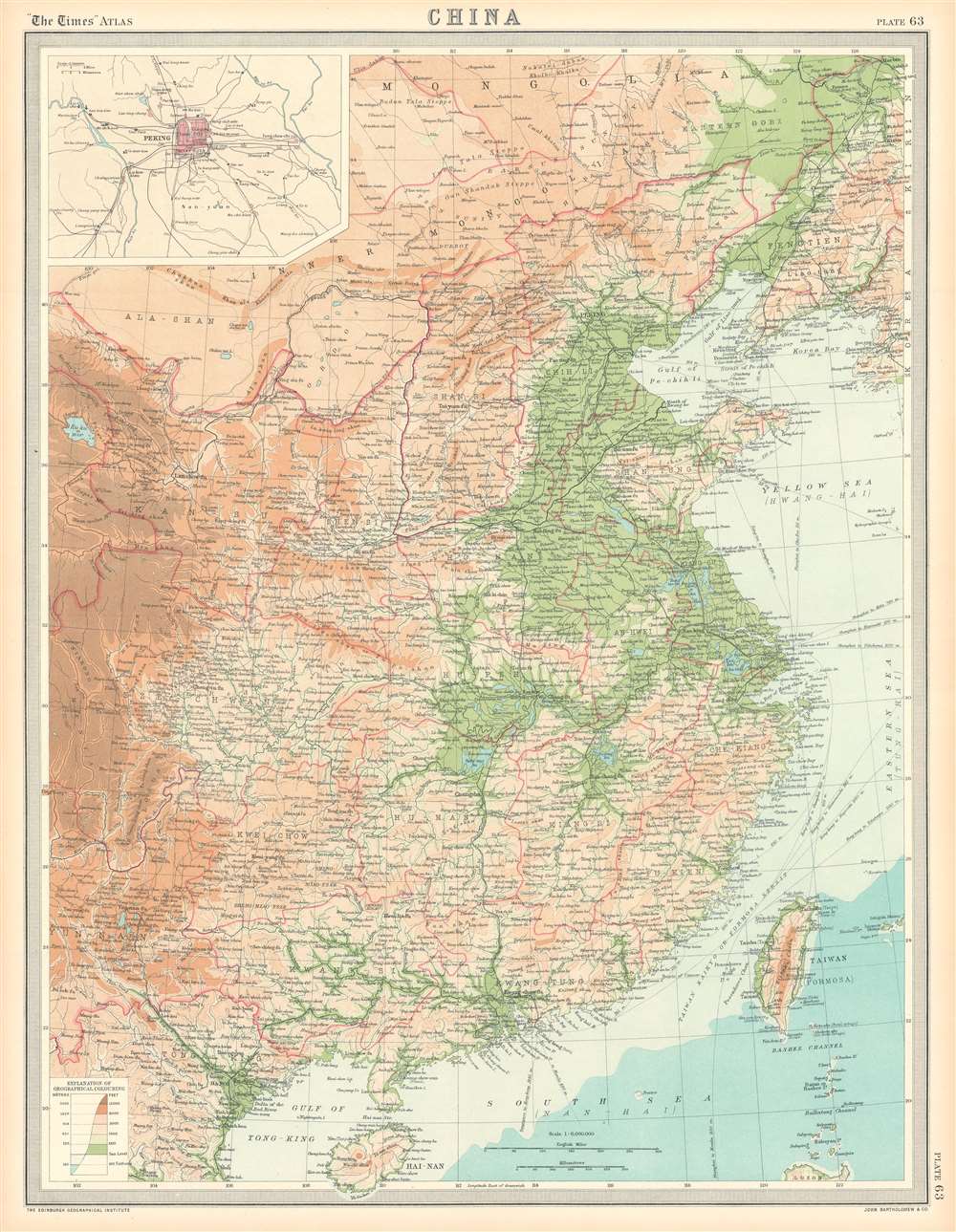 This is a 1922 J.G. Bartholomew terrain map of China. Depicting eastern China from Mongolia to Hainan, Bartholomew employs color to differentiate between six ranges in elevation from sea level to 12,000 feet and above. He also uses color to illustrate ocean depth. Chinese provinces are illustrated and labeled, and cities, town, and villages are identified. An inset map in the upper left corner details Beijing (Peking) and its environs.

This map was created by J.G. Bartholomew for publication by The Times as Plate 63 in 1922 The Times Survey Atlas of the World. A complete example of the atlas is part of the David Rumsey Map Collection. The atlas is well represented institutionally.

Bartholomew, J.G., The Times Survey Atlas of the World (London: The Times) 1922.