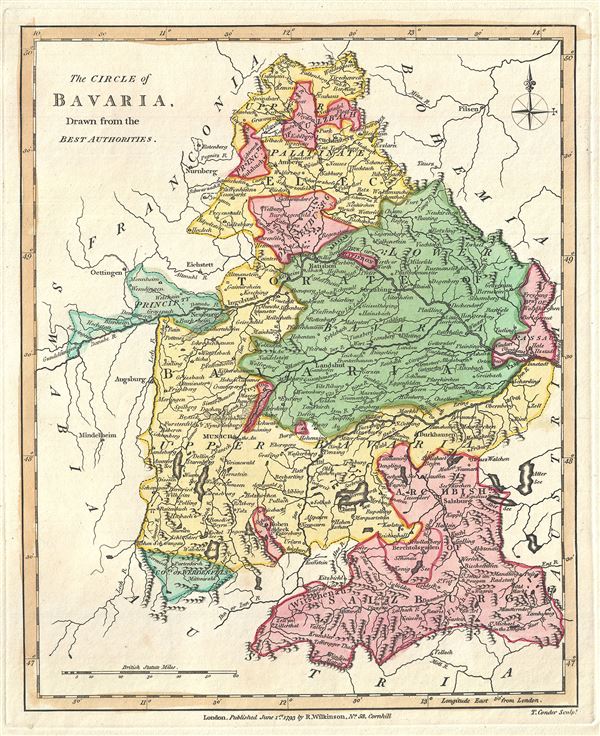 This is a scarce 1793 map of Bavaria, Germany, by Robert Wilkinson. It covers the Circle of Bavaria from Waldsassen south to Austria and from Augsburg east as far as Passau. It notes numerous towns, rivers, cities, mountains, forests and other topographical features.

The 'circles' of Germany are the 'imperial circles,' administrative units created for tax and defense purposes by the Holy Roman Empire, of which these areas were a part. Prior to the French Revolutionary War and the Congress of Vienna, the Holy Roman Empire's Circle of Bavaria included the Archbishopric of Salzburg, and was bordered by Franconia, Bohemia, Swabia, and Austria.  After several wars with, and occupation by, Austria, the old Bavarian elector Max III Joseph died, leaving Bavaria and the electoral Palatinate to be governed once again in personal union. The Napoleonic Wars dissolved the Holy Roman Empire in 1806, briefly making Bavaria an independent kingdom and doubling its size, until Germany consolidated in 1871.

This map was engraved by Thomas Conder and issued as plate no. 22 in the 1792 edition of Robert Wilkinson's General Atlas.