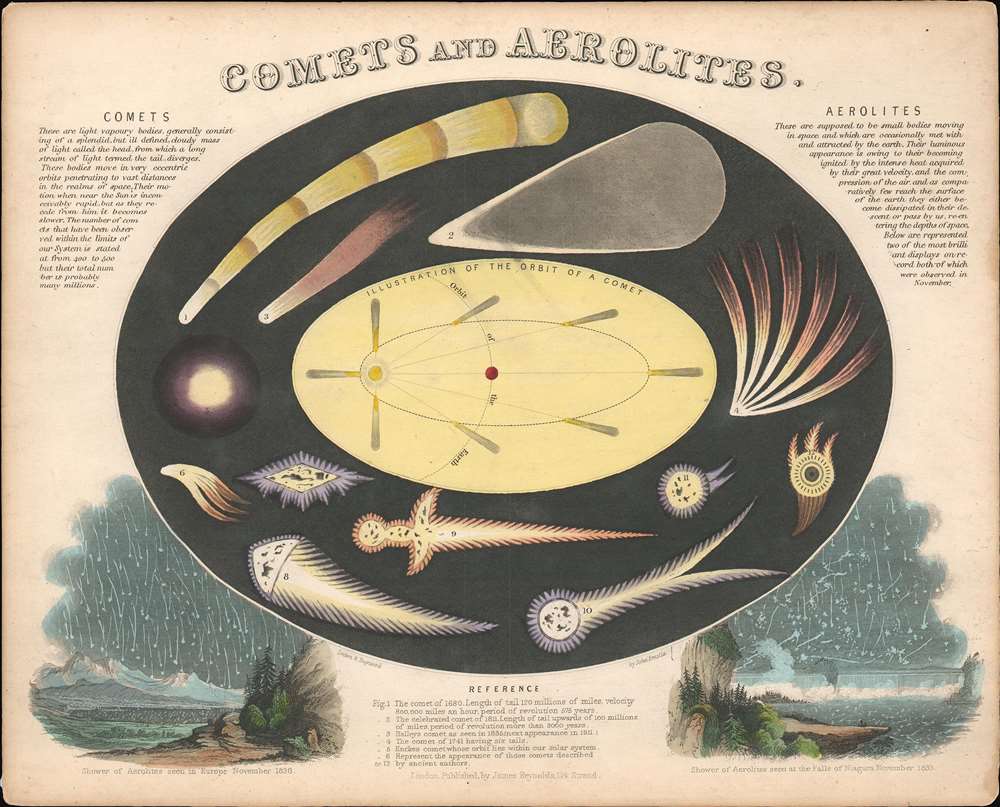 A fantastic color chart of comets and the Leonid meteor shower.
$300.00

This is a c. 1851 James Reynolds chart of comets and meteorites. Aerolite, the word used by Reynolds in the chart's title, is an archaic term for a meteorite. A dozen comets appear within the black oval at the center and surround a diagram of a comet's orbit. A reference table, situated at the bottom center, identifies the celestial bodies illustrated here. Among these are the comet of 1680, Halley's comet, the comet of 1741 'having six tails,' and numbers six through twelve are 'comets described by ancient authors.' Short texts describing comets and aerolites appear along the left and right sides, and stunning illustrations of meteor showers occupy the bottom left and right corners. Today, these meteor showers are known as the Leonids and peak annually in November. The 1833 shower or storm, as they are also known, was the first to break into popular consciousness and brought fame and notoriety to the event. Estimates for the peak rate of the 1833 storm range from over 100,000 meteors an hour to numbers in excess of 240,000 throughout the entire nine-hour event.

This chart was created and published by James Reynolds c. 1851. While uncatalogued in OCLC, examples are part of the David Rumsey Map Collection and the National Maritime Museum in Greenwich, London, England.