1950 Thiriar Pictorial Map of the Democratic Republic of the Congo 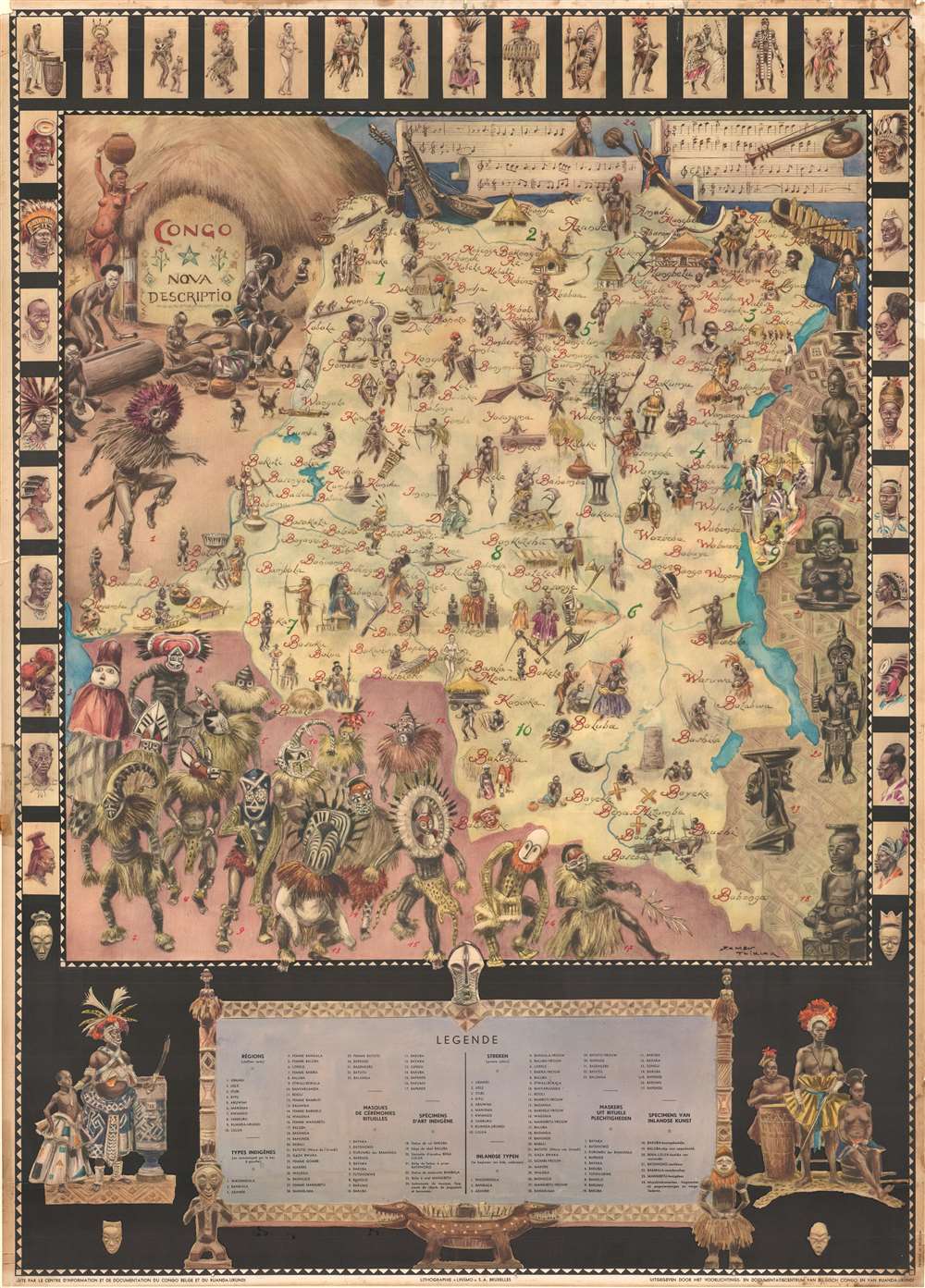 1950 Thiriar Pictorial Map of the Democratic Republic of the Congo

European colonial exoticism at its finest.

This is a c. 1950 James Thiriar pictorial map of the Democratic Republic of the Congo, then known as the Belgian Congo. Meant to capitalize on Belgian interest in the Congo, the map exoticizes the Congo and reinforces the then-positive view of Belgium's role there. Native tribes appear throughout the colony, with red capital letters marking each name. Caricatures of native Congolese in traditional dress create an aesthetic that undoubtedly appealed to schoolchildren across Belgium, many of whom were taught by former Belgian missionaries. These missionaries likely had an extremely positive view of Belgium's presence in the Congo, which they would have passed along to their pupils. Illustrations of traditional Congolese costumes and art, all of which are numbered, are situated along the bottom and right borders and correspond with a bilingual Belgian French and Dutch legend. Thirty-three portraits of different ethnic groups (many of which are likely highly stereotypical) create the border along the top, left, and right sides, and, although unnumbered, correspond with another section of the legend.

This map was created and published by the Centre d'Information ed de Documentation du Congo Belge et du Ruanda-Urundi. An entry appears in OCLC, but it is empty, implying that the affiliated institution has withdrawn its OCLC membership. It is rarely seen on the private market.