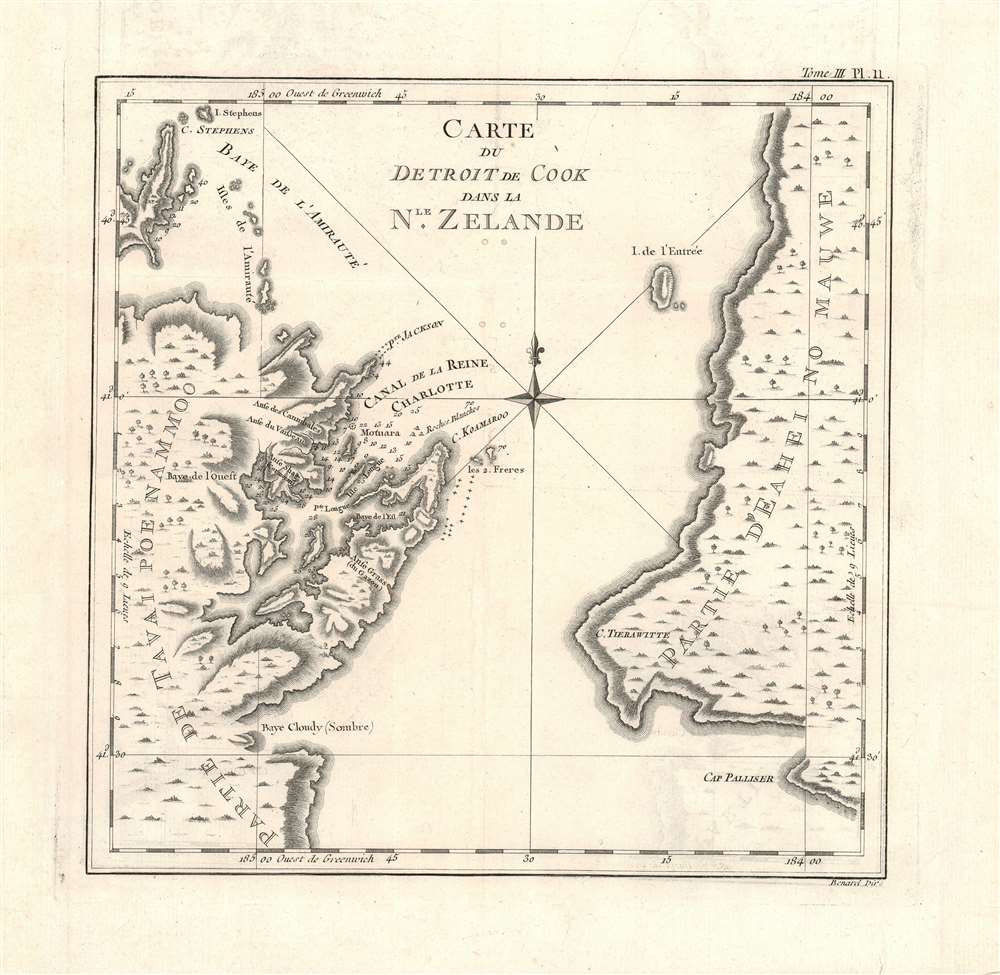 This is the 1774 first French edition of the first map of New Zealand, illustrating Lieutenant James Cook's 1769 exploration of the passage between New Zealand's North and South islands. While Abel Tasman had charted parts of New Zealand in 1642, no European prior to Cook sailed through this passage on his second voyage of discovery (1772 - 1775). In particular, the chart details Queen Charlotte Sound (Totaranui) with depth soundings, rocks, and Endeavor's anchorage. Topography and vegetation are shown pictorially.

This map was engraved by Robert Bénard for the 1774 French edition of James Hawkesworth's 1773 account of Cook's voyages. It follows the 1772-1773 English edition engraved by William Whitchurch and published in 1773. While Hawkesworth's book is well represented in institutional collections, this separate map is catalogued only by the National Library of Australia and the Sachsische Landesbibliothek in OCLC.