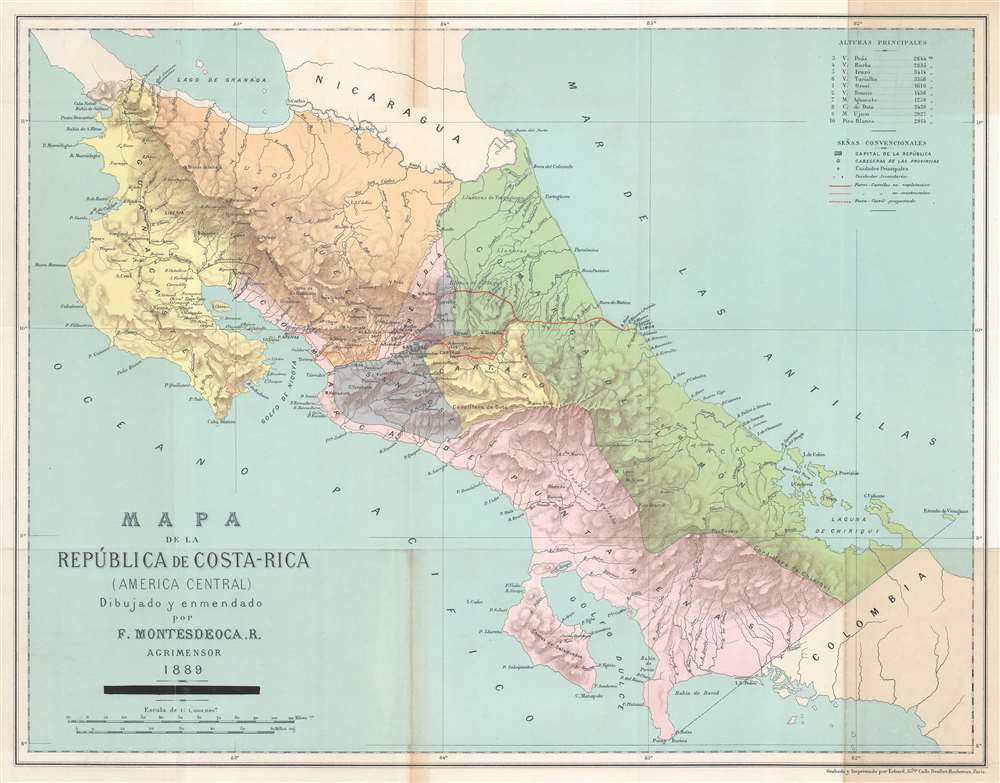 This is a rare 1889 Faustino Montes De Oca Ramírez map of Costa Rica illustrating plans for that country's first (and only) railroad.

A red line connecting Alajuela in the interior and Limon on the Caribbean defines Costa Rica's first railroad line, which began operation on December 7, 1890. A dashed red line from Alajuela to Tivives and Puntarenas illustrates the projected Pacific extension, which opened on July 23, 1910.

Cities and towns, including San José, Cartago, and Heredia are labeled. Rivers are illustrated throughout the country, along with several volcanoes. A key in the upper right accompanies a table of the highest mountains in Costa Rica.

This map was created by Faustino Montes De Oca Ramírez and engraved and printed by Georges Erhard in Paris in 1889. We note five examples in OCLC: Syracuse University, the Library of Congress, the University of Kansas, the Staatsbibliothek zu Berlin, and the Bibliothèque nationale de France.