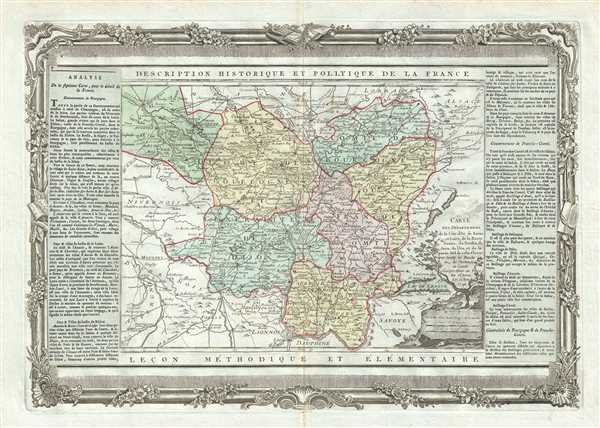 This is an attractive 1790 map of the Bourgogne and Franche-Comte regions by the French cartographer Louis Brion de la Tour. The map extends from Auxerre south to Lyon and east as far as Lac Leman (Lac de Geneve) and covers the French departments of Cote-d’Or, Yonne, Saone-et-Loire, Jura, Doubs, Haute-Saone and Ain. Color coding divides the map according to region and notes numerous towns, cities, rivers, forests, mountains and other topographical features.

These regions in France are famed for producing the world's finest wines. The Jura wines are very distinctive and unusual, such as Vin Jaune, which is made by a similar process to sherry, developing under a flor of yeast.