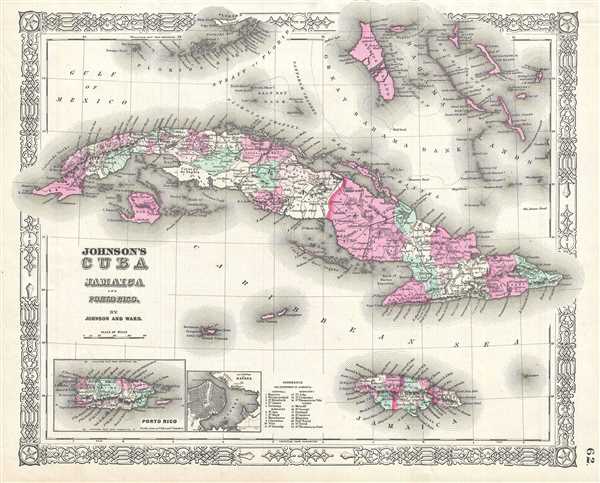 Beautiful map of Cuba from the mid-19th century.