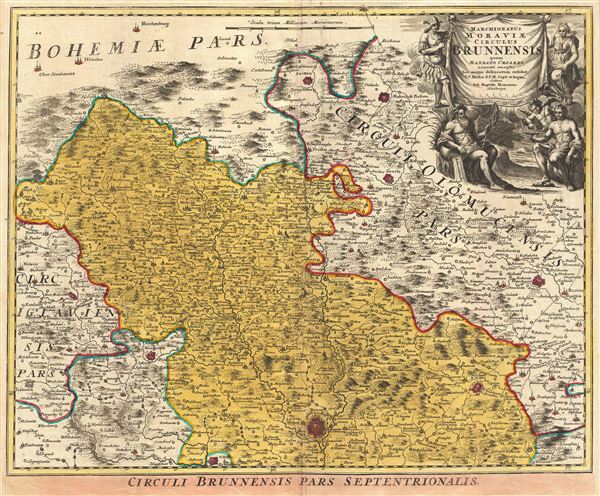 This is a scarce and attractive c. 1720 J. B. Homann map of Brunnensis in the historic region of Central Europe, part of modern day Czech Republic. The map covers the region from Hlinsko to Mohelno in great detail. The city of Brno, the largest city in Moravia, is identified. The map is filled with information including fortified cities, villages, roads, bridges, forests, battlefields, castles and topography. The upper right corner features a beautifully illustrated title cartouche. This map was prepared in Nuremburg by Johann Baptist Homann and engraved by J. C. Muller.

Very good. Minor wear along original centerfold. Dark impression. Blank on verso.
Looking for a high-resolution scan of this?