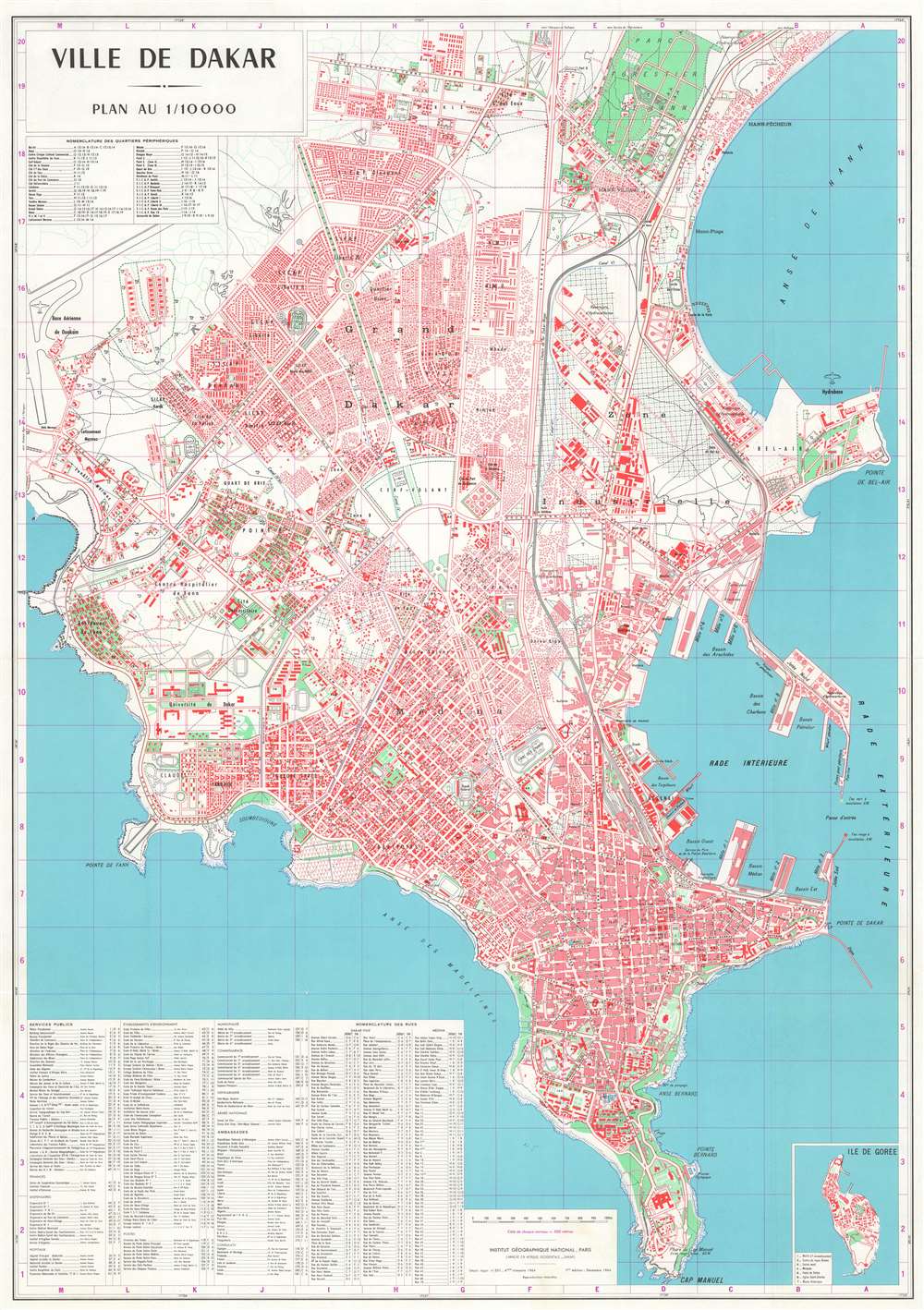 This is a visually striking uncommon first edition 1964 Institut Géographique National map of Dakar, capital of Senegal. The map is beautifully produced on a large scale, depicting the Dakar Plateau from Cape Manuel to the Parc Forestier de Hann (Parc Hann). It meticulously details roads, parks, individual buildings, important facilities, and more. An inset in the lower right focuses on the island of Gorée. When it was issued, this was the finest and most highly detailed map of Dakar yet produced.

This map was created and published by the Institut Geographique National, which maintained a West African office in Dakar. Two examples are cataloged in OCLC and are part of institutional collections at the Leiden University Library in Leiden, Netherlands, and at the Vrje Universiteit Amsterdam Library in Amsterdam, Netherlands. It is very scarce on the market.

Institut Géographique National (1940 - present) is a French state administrative establishment organized to produce and maintain geographical information for France and its overseas departments and territories. The Institut Géographique is the successor organization to the Service Géographique de L’Armée (1887 – 1940), which was officially closed in 1940, and its maps shuttled to other organizations, with more than half going to the newly formed Institut Géographique National. When Nazi Germany invaded the IGN became a part of the hidden resistance, where it became famous for counterfeiting fake identify papers to frustrate the German controlled Vichy Regime. In secret, they brought a complete set of their maps to England, most covering France and North Africa, in order to replace maps destroyed in the bombardment of London. Today the organization has been folded into the larger Institut National de L’Information Géographique et Forestière. Learn More...