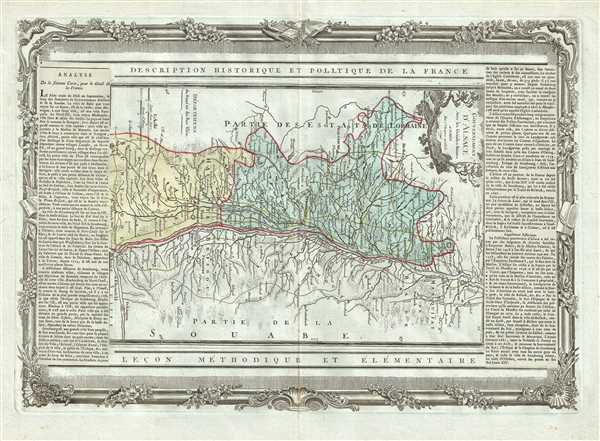 This is a beautiful map of the Alasace region in France by the French cartographer Louis Brion de la Tour. Oriented with north on the right, the map covers the French departments of Bas-Rhin and Haut-Rhin. Color coding divides the map according to region and notes numerous towns, cities, rivers, forests, mountains and other topographical features.