1851 U.S. Coast Survey Map of the Delta of the Mississippi River, Louisiana 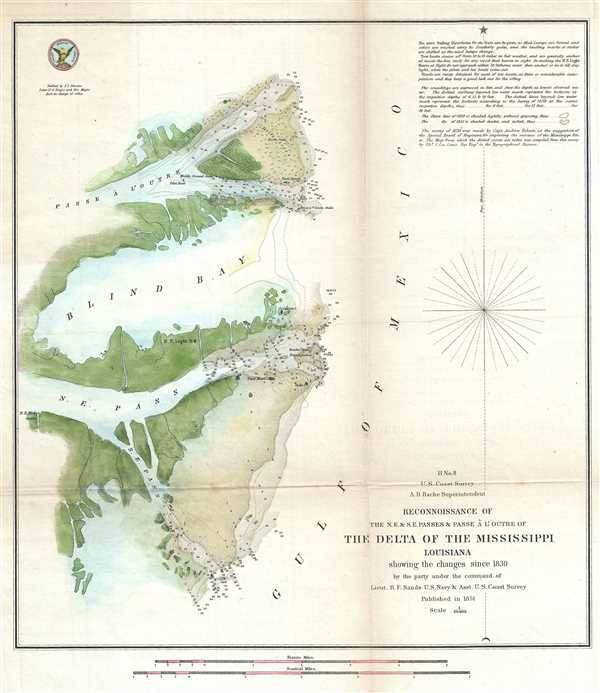 1851 U.S. Coast Survey Map of the Delta of the Mississippi River, Louisiana

An attractive hand colored 1851 U.S. Coast Survey nautical chart or map of the Mississippi Delta. The map shows Passe A L’Outre, Blind Pay and North East Pass. Shows the locations of lighthouses, shoals, Drift Trees, Stakes, and offers innumerable depth soundings. Due to the quick and dramatic changes in the Delta area due to sudden storms and hurricanes, charting the Mississippi Delta was one of the U.S. Coast Survey's most daunting tasks. Notes on tides, sailing instructions, and commentary on the chart appear in the upper right quadrant. Compiled under the direction of A. D. Bache, Superintendent of the Survey of the Coast of the United States and one of the most influential American cartographers of the 19th century.