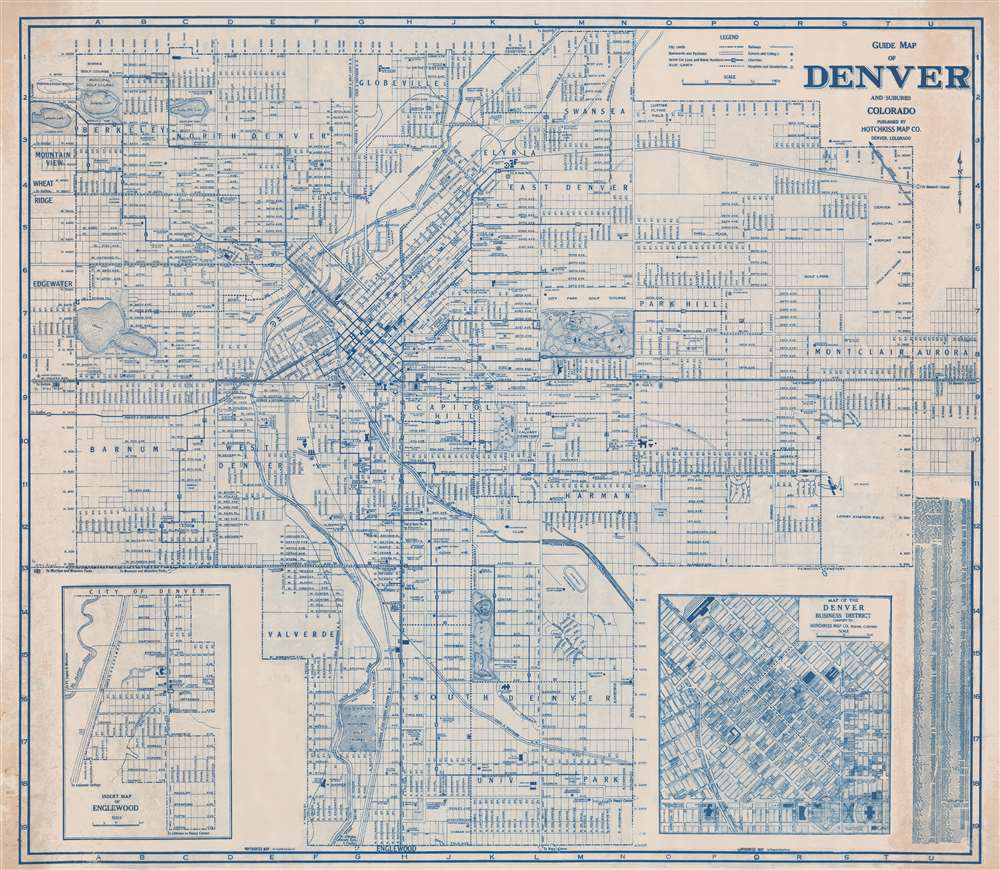 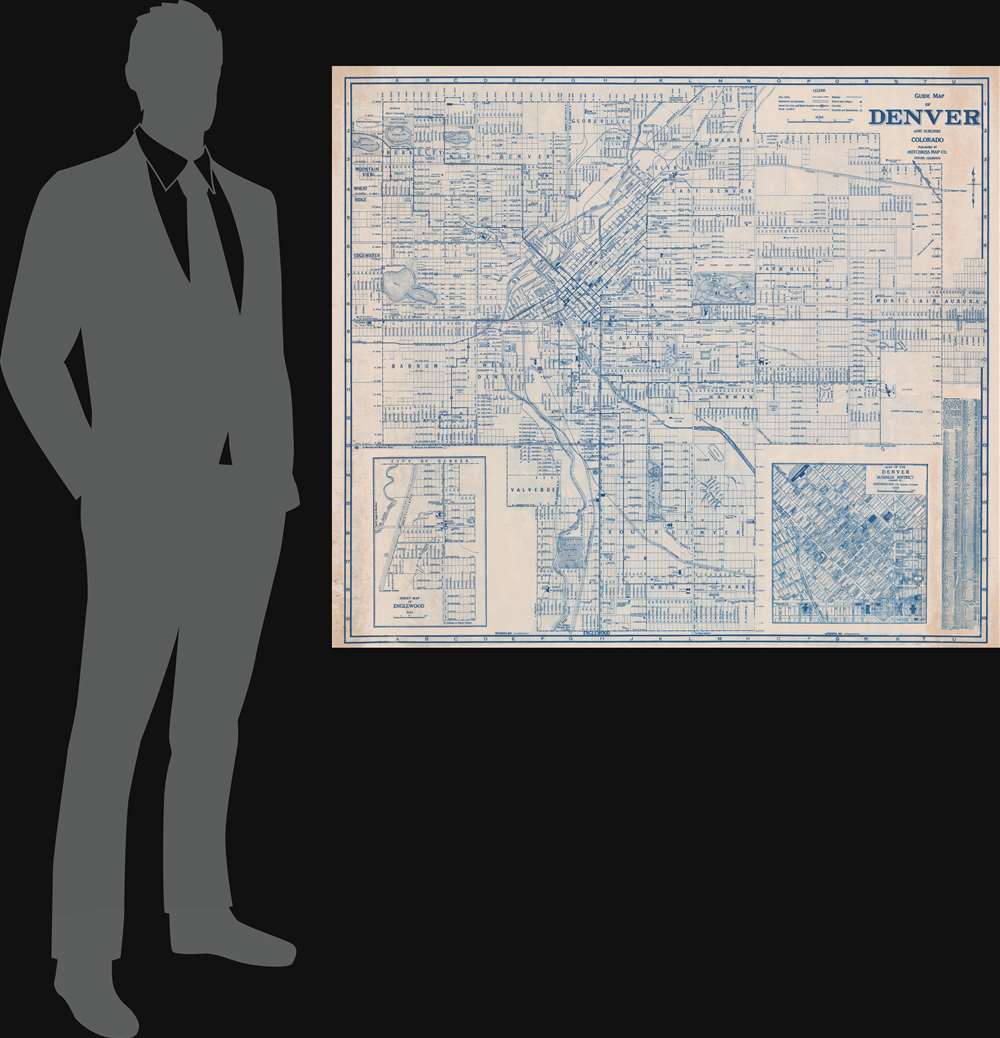 This is a striking diazo or whiteprint c. 1946 wall map of Denver, Colorado by the locally based Hotchkiss Map Company. Centered on Capitol Hill, this map covers all of Denver from Lakeside Lake to Aurora and from 54th Avenue to Englewood. An inset map of Englewood is included in the lower left while another inset in the lower right details the Denver Business District. The map is highly detailed showing streets, individual buildings, parks, route numbers, railway lines, churches, schools, and other features. This map is extremely large - not to be confused with Hotchkiss' smaller but otherwise similar map appearing in his Denver guide. The diazo medium necessarily limits the number of maps produced - thus underscoring this map's exceptional reality.

This map was issued by the Charles J. Hotchkiss's of the Charles Hotchkiss map company. It was likely printed in diazo by Delbert W. Smith, the firm's resident whiteprint specialist. Although undated, the presence of the Lowry Aviation Field but lack of major highways suggests a date of about 1946-7. A smaller version of this map was printed in various Hotchkiss guides, but this wall map version is extremely scarce. We note no other examples on the OCLC, but have knowledge of a few others in private hands.

Charles Jerome Hotchkiss (December 11, 1887 - November 12, 1950) was a Denver-based map publisher active in the middle part of the 20th century.  Hotchkiss was born in Pontiac, Michigan.  He served in the Michigan National Guard, achieving the rank of private. We find him in Denver as early as 1909, when he married Esther J. Frinche. By 1910 he was working as a freight insurance auditor for the Colorado and Southern Railroad.  He started the Hotchkiss map company in 1933 and, in 1934, advertisements name him 'Successor to Clason Map Co.' At that time, he also continued his practice as a 'freight auditor.'  Hotchkiss republished many of Clason's maps, updating and revising them as needed. The business operated at least until his death in 1950.  Hotchkiss was also an active Freemason at the 33rd degree. Learn More...

Very good. Some toning left and right sides.
Looking for a high-resolution scan of this?