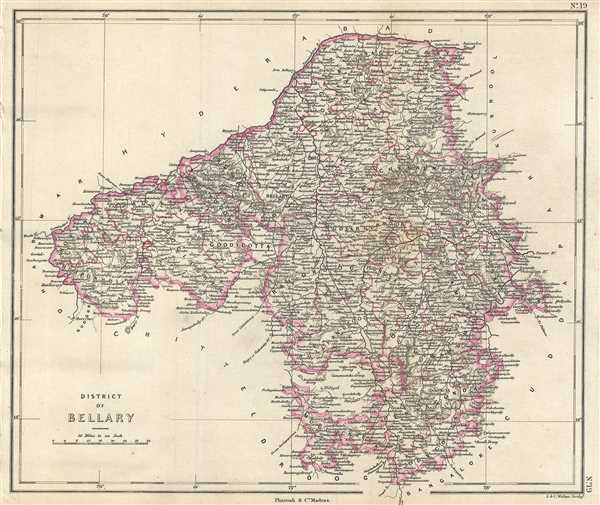 This is an uncommon 1854 Pharoah and Company map of the district of Bellary in Karnataka, India. The map covers the district from Hyderabad south to Bangalore and from Dharwar east to Cuddapah.

At the time this map was made the district was part of the Madras Presidency under the control of the British East India Company. Following India's independence, the district became part of the state of Karnataka.

This map was engraved by J. and C. Walker and issued as plate no. 19 by Pharoah and Company in their 1854 Atlas of Southern India.