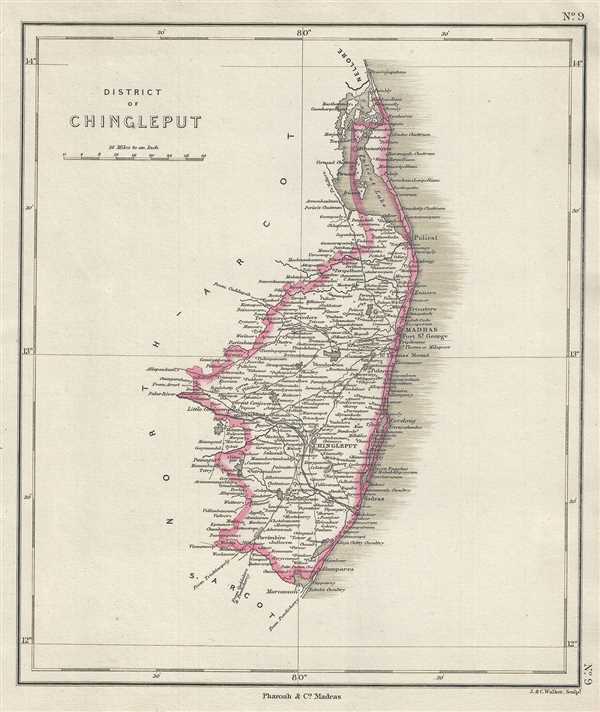 This is an interesting 1854 map of the District of Chingleput in the modern day state of Tamil Nadu, India, issued by Pharoah and Company. It depicts the district from the Pulicat Lake south to Marcanum (Marakkannam) near Pondicheri (Puducherry). Includes Madras (Chennai), Chingleput (Chengalpattu) and other important towns and cities. The map also notes important roads, lakes, rivers and topography. At the time this map was made, India was under British rule and the Chingleput district was part of the Madras Presidency. After India gained independence in 1947, it would become part of Madras State, which would later be named Tamil Nadu. This map was engraved by J. and C. Walker and issued as plate no. 9 by Pharoah and Company in their 1854 Atlas of Southern India.