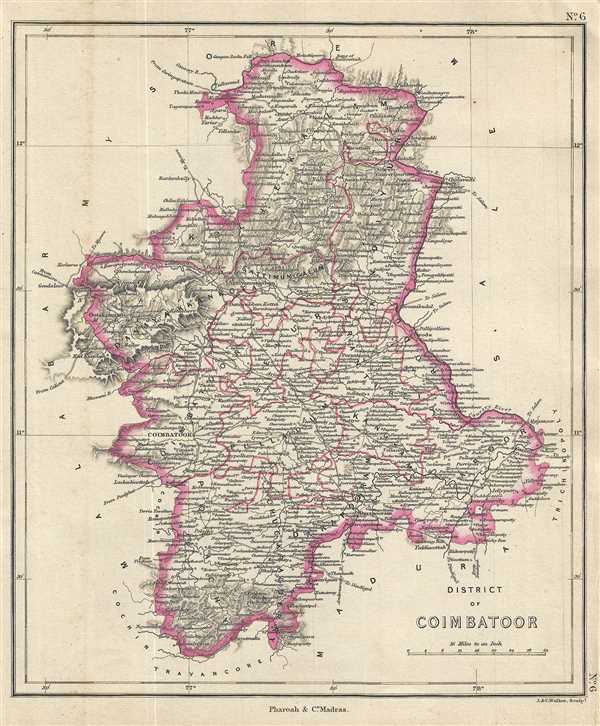 Map of the Coimbatore District under the British East India Company.

This is a lovely 1854 map of the district of Coimbatore in the modern day state of Tamil Badu, India. Issued by Pharoah and Company, it covers from Ootakamund (Ooty) to Caroor (Karur) and from Shivanasamudra south to Sholayar Dam City. Includes important towns, roads, lakes, rivers and topography. Coimbatore city is identified.

Historically part of the Chera Dynasty, and later under the rule of the Cholas and Vijayanagara Empire, Coimbatore was part of the Roman trade route in India. The region became part of the Madras Presidency under the British East India Company in 1799 after the defeat of the Tipu Sultan and the Kingdom of Mysore. Today Coimbatore city and the district of Coimbatore are part of the state of Tamil Nadu.

This map was engraved by J. and C. Walker and issued as plate no. 6 by Pharoah and Company in their 1854 Atlas of Southern India.