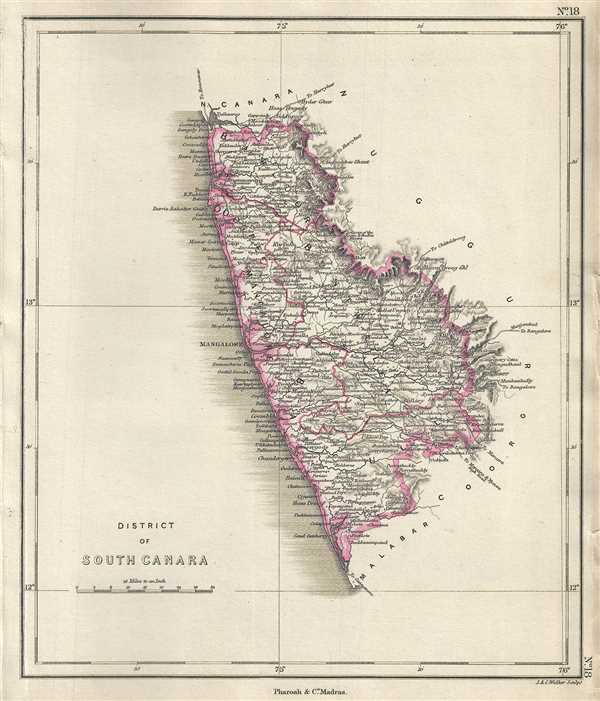 This is an uncommon 1854 map of the District of South Canara or Dakshina Kannada in Karnataka, India issued by the Pharoah and Company. It extends from Kundapur south Payyanur. Mangalore city is identified. Notes important towns, roads, lakes, rivers, and topography. South Canara, once part of the Mysore Kingdom, became part of the Madras Presidency when it was ceded to the British. It then became part of the Mysore State (now Karnataka) 1956. Today the district of South Canara is divided into the districts of Udupi and Dakshina Kannada.

This map was engraved by J. and C. Walker and issued as plate no. 18 by Pharoah and Company in their 1854 Atlas of Southern India.