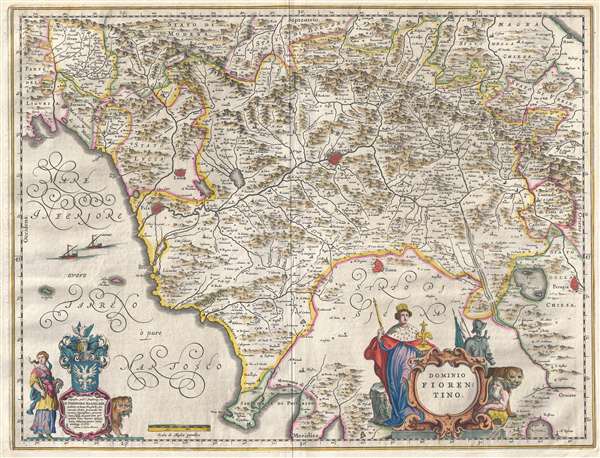 This is a spectacular 1646 old color map of Tuscany, or the Florentine Territory (Fiorentino) by Johannes Blaeu. The map covers the entire region of Tuscany with the cities of Perugia, Siena, Florence (Firenze), Lucca, and Pisa identified. There are two decorative cartouches, one for the title and one for a dedication to D. Theodoro Hasselaer. Today, Tuscany is known for its remarkable countryside, fine foods, and extraordinary red wines. Florence (Firenze) is home to many fabulous art museums, including the museum which houses Michelangelo's statue of David.