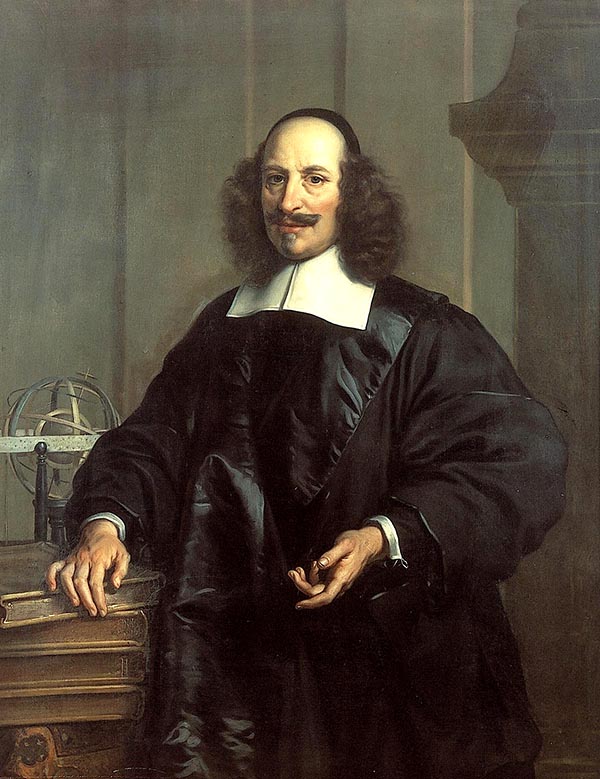 Joan (Johannes) Blaeu (September 23, 1596 - December 21, 1673) was a Dutch cartographer active in the 17th century. Joan was the son of Willem Janszoon Blaeu, founder of the Blaeu firm. Like his father Willem, Johannes was born in Alkmaar, North Holland. He studied Law, attaining a doctorate, before moving to Amsterdam to join the family mapmaking business. In 1633, Willem arranged for Johannes to take over Hessel Gerritsz's position as the official chartmaker of the Dutch East India Company, although little is known of his work for that organization, which was by contract and oath secretive. What is known is his work supplying the fabulously wealthy VOC with charts was exceedingly profitable. Where other cartographers often fell into financial ruin, the Blaeu firm thrived. It was most likely those profits that allowed the firm to publish the Theatrum Orbis Terrarum, sive, Atlas Novus, their most significant and best-known publication. When Willem Blaeu died in 1638, Johannes, along with his brother Cornelius Blaeu (1616 - 1648) took over the management of the Blaeu firm. In 1662, Joan and Cornelius produced a vastly expanded and updated work, the Atlas Maior, whose handful of editions ranged from 9 to an astonishing 12 volumes. Under the brothers' capable management, the firm continued to prosper until the 1672 Great Amsterdam Fire destroyed their offices and most of their printing plates. Johannes Blaeu, witnessing the destruction of his life's work, died in despondence the following year. He is buried in the Dutch Reformist cemetery of Westerkerk. Johannes Blaeu was survived by his son, also Johannes but commonly called Joan II, who inherited the family's VOC contract, for whom he compiled maps until 1712.