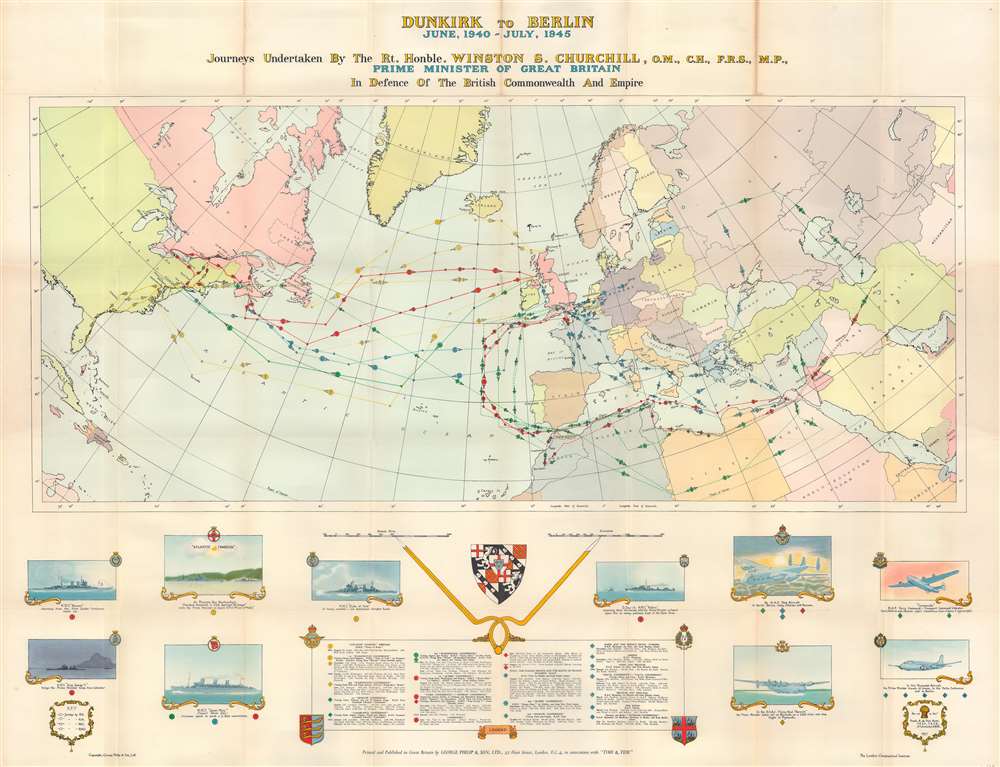 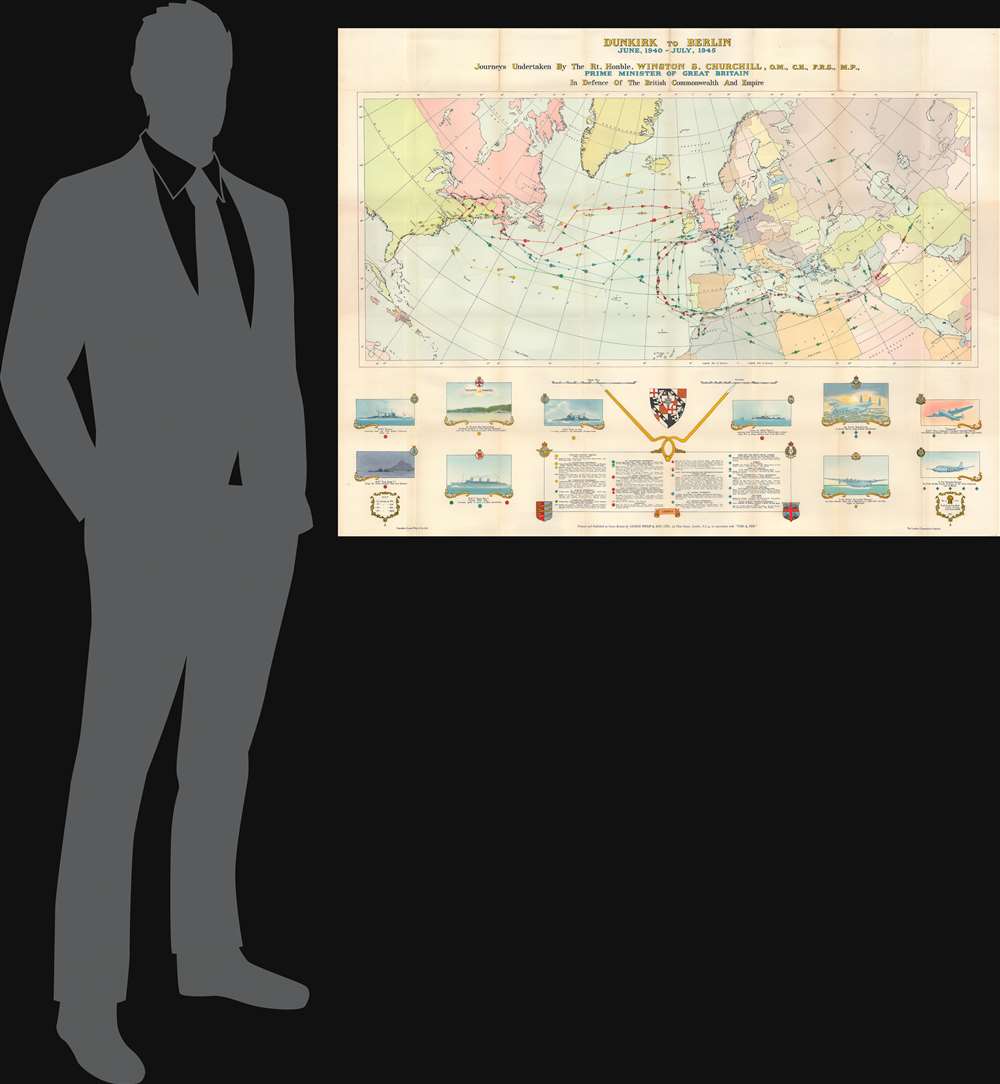 This is a 1956 Frank A. de Vine Hunt and George Philip map of Winston Churchill's travels as Prime Minister between June 1940 and July 1945. Colorful, numerically identified lines trace nineteen trips by air, sea, road, and rail to the United States, North Africa, continental Europe, the Middle East, and Russia. Each color represents a different year: yellow for August 1941 through August 1942, green for August 1942 through August 1943, red for August 1943 through August 1944, and blue for August 1944 through August 1945. Among the more recognizable excursions are those to sign the Atlantic Charter, three trips Washington, D.C. for 'Washington Conferences', trips to the Cairo Conference, Teheran Conference, and the Yalta Conference, and visits to the Normandy beachhead, the invasion beaches in southern France. Information concerning each trip appears in a legend situated at bottom center, and destinations, stops, and dates for each are all provided. Illustrations of warships and airplanes used to transport Prime Minister Churchill encircle the legend and depict the Atlantic Charter meeting, the H.M.T. Queen Mary used on part of three voyages, an R.A.F. (Royal Air Force) York aircraft used on part of four voyages, and a 'Skymaster' used on five trips between 1944 and 1945, among others.