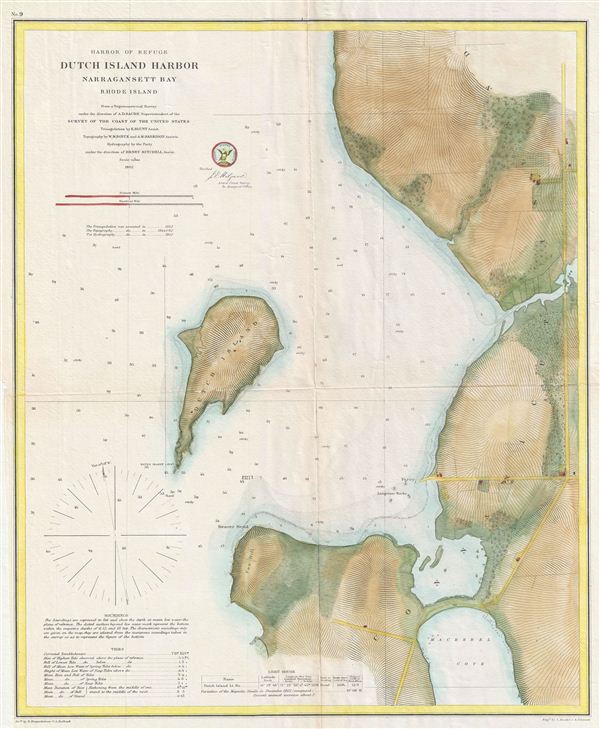 An uncommon 1862 U.S. Coast Survey nautical chart or maritime map of Dutch Island Harbor, Narragansett Bay, Rhode Island. Dutch Island, which lies to the west of the much larger Conanicut Island, lies at the entrance to Rhode Island's Narragansett Bay. The harbor was used extensively as a safe haven for ships caught by Atlantic Storms. In 1827 the first Dutch Island lighthouse was built followed by improvements in 1857 and in 1878. Today the island is uninhabited save for a light house and some military buildings. Notes on the Dutch Island Lighthouse, tides, and soundings appear in the lower left quadrant of the map. The triangulation for this chart is the work of e. Blunt. The topography was completed by W. M Boyce and A. M Harrison. The hydrography was a accomplished by a party under the command of Henry Mitchell.

Very good. Some toning and wear on original fold lines. Some additional creasing along right center vertical fold. Blank on verso.
Looking for a high-resolution scan of this?