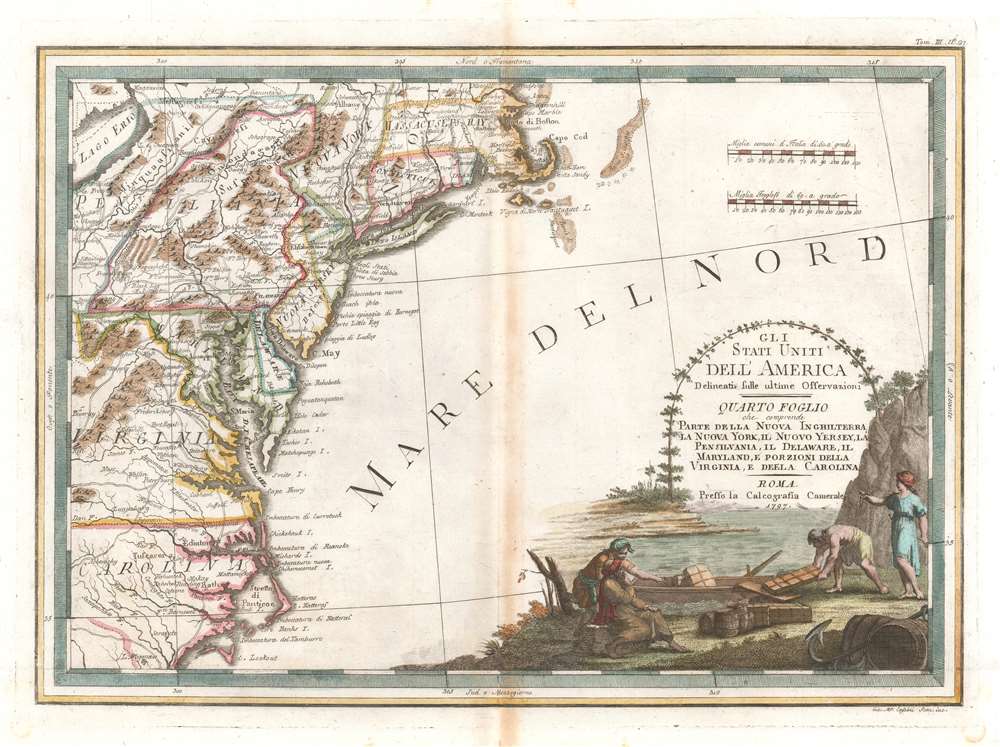 A very nice example of Cassini's stunning 1797 map of the Eastern seaboard of the United States. The map covers from Massachusetts to Cape Lookout and inland as far as Lake Erie and western Maryland. Some of the banks and shoals of Cape Cod and Nantucket are noted. Of interest is Cassini's support for Pennsylvania's claims to the Upper Wyoming Valley. This area was hotly contested between Pennsylvania and Connecticut from about 1769, resulting in a series of conflicts known as the Yankee-Pennamite Wars (1769 - 1784). The issue was not resolved until after the American Revolution (1775 - 1783), when the 1799 Continental Congress decided in favor of Pennsylvania.

Cartographically, Cassini derived this map from the 1778 Zatta 12 sheet revision and expansions of John Mitchell's seminal 1755 map of the eastern part of North America. Cassini published six maps of United States regions based upon Zatta's work, of which this is map no. 4. This work was published in Cassini's 1797 Nuovo Atlante Geografico Universale. Today all maps from this series are highly sought after for their exceptional beauty and fine engraving. We note a single example of the separate map cataloged in OCLC and it is part of the collection at the Newberry Library.