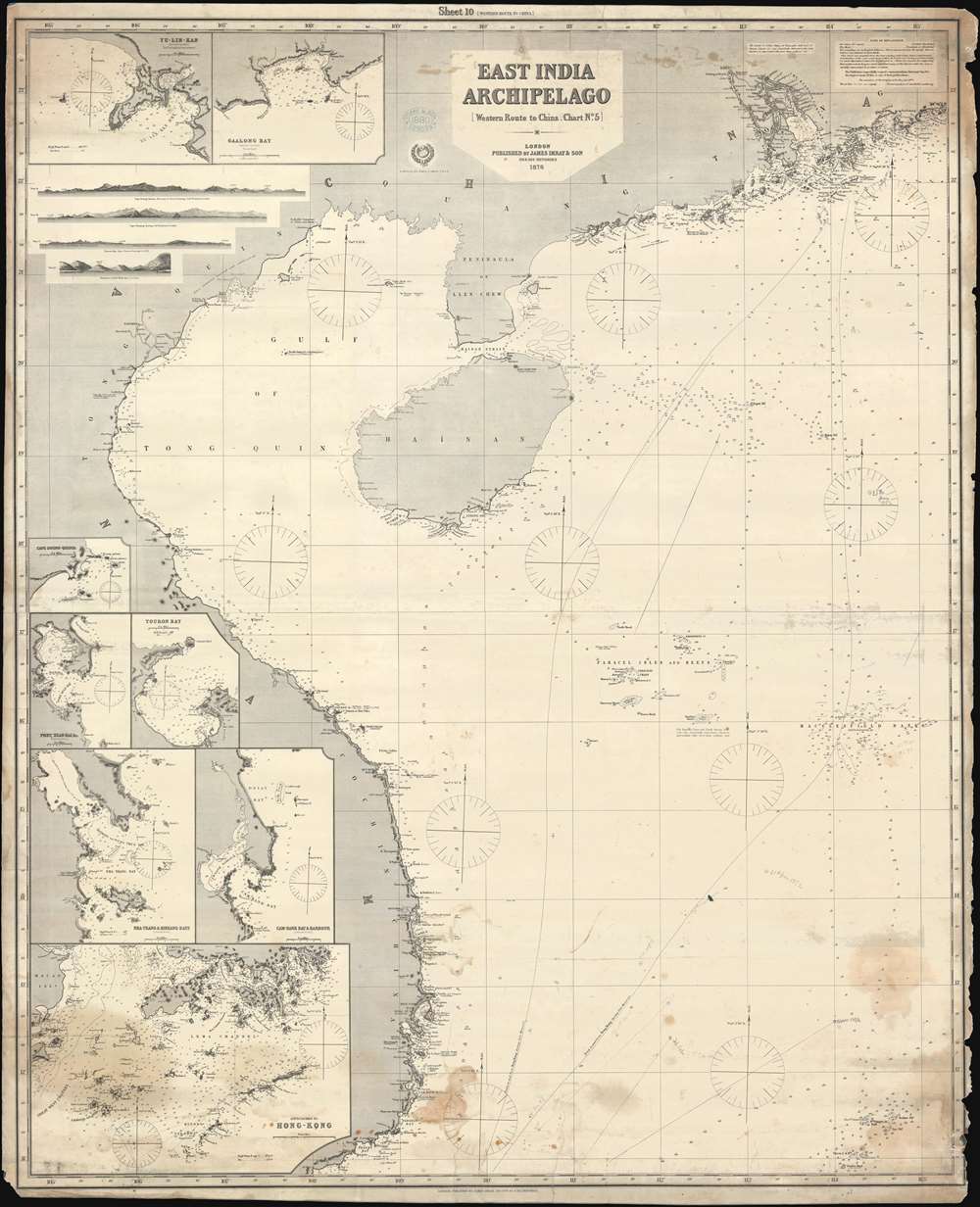 This is an uncommon 1878 James Imray map of the South China Sea region between Hong Kong, Hainan, and Vietnam. The chart covers from the Pearl River Delta, south past and including Hainan, and most of the coast of Vietnam to, roughly Saigon There are inset detail maps of Hong Kong, Nha-Trang, Cam-Ranh, Port Xuan-Dai, Touron Bay, Cape Boung-Quioua, Yu-Lin-Kan, Gaalong Bay (Yalang Wan). The map was used for actual navigation and there are pencil marks and manuscript updates associated with maritime use. It bears an 'Imray and Son 1880' stamp suggesting there may be printed updates, but his is not 100% clear as charts were not updated as frequently as one might think.

This map was part of series of 9 maps issued by Imray entitled 'East India Archipelago' covering from the East India Islands to the central China coast. The present chart is dated 1878, corresponding to the first edition, but bears a rubber stamp of 1880, suggesting possibly updates. The next edition appeared in with a printed date in 1881.

Good. Some edge damage on right side and a few stains. Working nautical chart, with pencil annotations relating to navigation. Blueback.