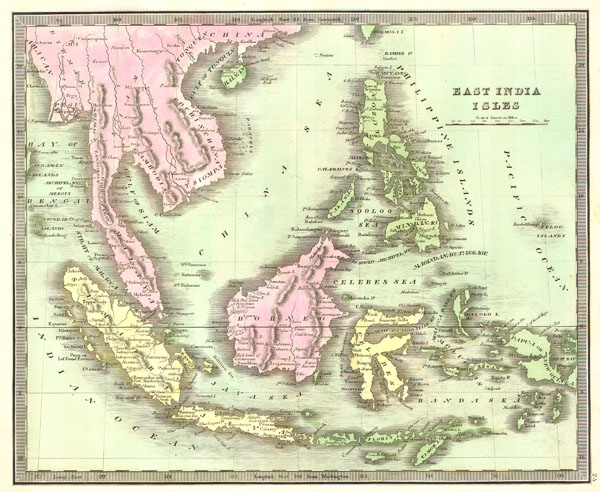 This hand colored map is a lithographic engraving of the East Indies, dating to 1842. Depicts all of Southeast Asia and the East Indies including Sumatra, Java, Borneo and the Philippines. On the mainland it shows the Kingdoms of Siam (Thailand), Tonquin (Vietnam), Malaya, and Cambodia. Also depicts the island city of Singapore. Like most Greenleaf maps, this is undated.