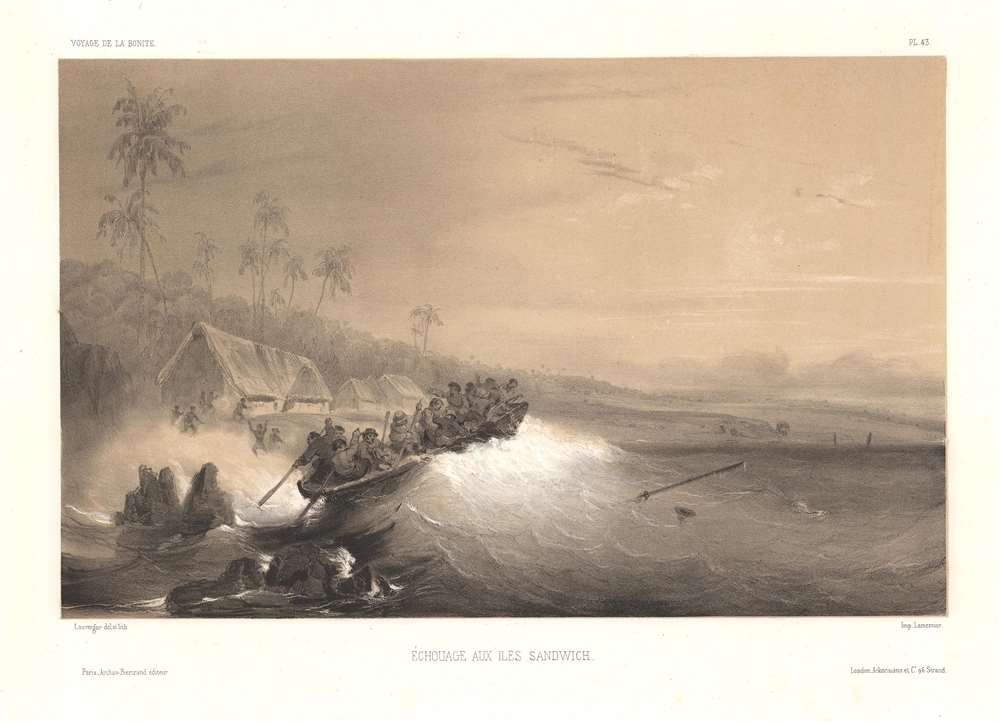 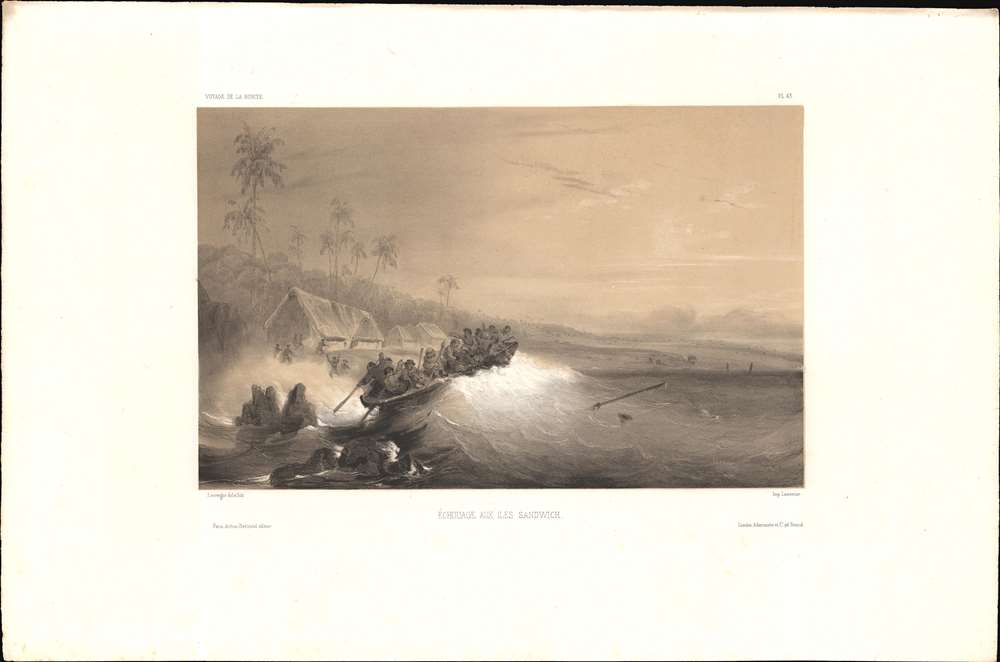 Dramatization of ships on the Hawaiian coast during the 'Bonite Expedition.'
$450.00

This is a c. 1845 chromolithograph Lauvergne view of ships off the Hawaii (Sandwich Islands) coast. The view was sketched by Barthélémy Lauvergne, one of the resident artists on the Bonite Expedition (1836 -1837), a French scientific and diplomatic circumnavigation.

The French ship La Bonite undertook a voyage of scientific and geographic exploration in 1836 - 1837. Led by Auguste-Nicolas Vaillant (1793 - 1858), the voyage circumnavigated the globe, en route disembarking diplomats at various posts. Along the way, important observations were made that contributed to several fields, especially botany and zoology. A large account of the voyage was written upon the ship's return and divided into thematic volumes, including an album of drawings by the ship's artists, Théodore Auguste Fisquet and Barthélémy Lauvergne. Unlike Cook's voyage, the Bonite was particularly fortunate and no sailors were lost throughout the expedition.

This view was published as part of the multivolume work Voyage autour du monde exécuté pendant les années 1836 et 1837 sur la corvette La Bonite commandée par M. Vaillant, capitaine de vaisseau, and was included in 99 plates of the Album historique. It was sketched by Barthélémy Lauvergne, edited by Arthus Bertrand, and printed using a lithograph technique by the firm Lemercier, Benard et Cie. It was co-published in London by Ackermann and Co. Because of the variety of catalogue entries for the Voyage autour du monde and the Album historique, the prevalence of this view is difficult to know with certainty. It is cataloged in the holdings of the National Library of Australia and the Album historique is cataloged in a small handful of libraries in Europe. This view is scarce to the market.