1869 Johnston City Plan or Map of Edinburgh and Leith, Scotland 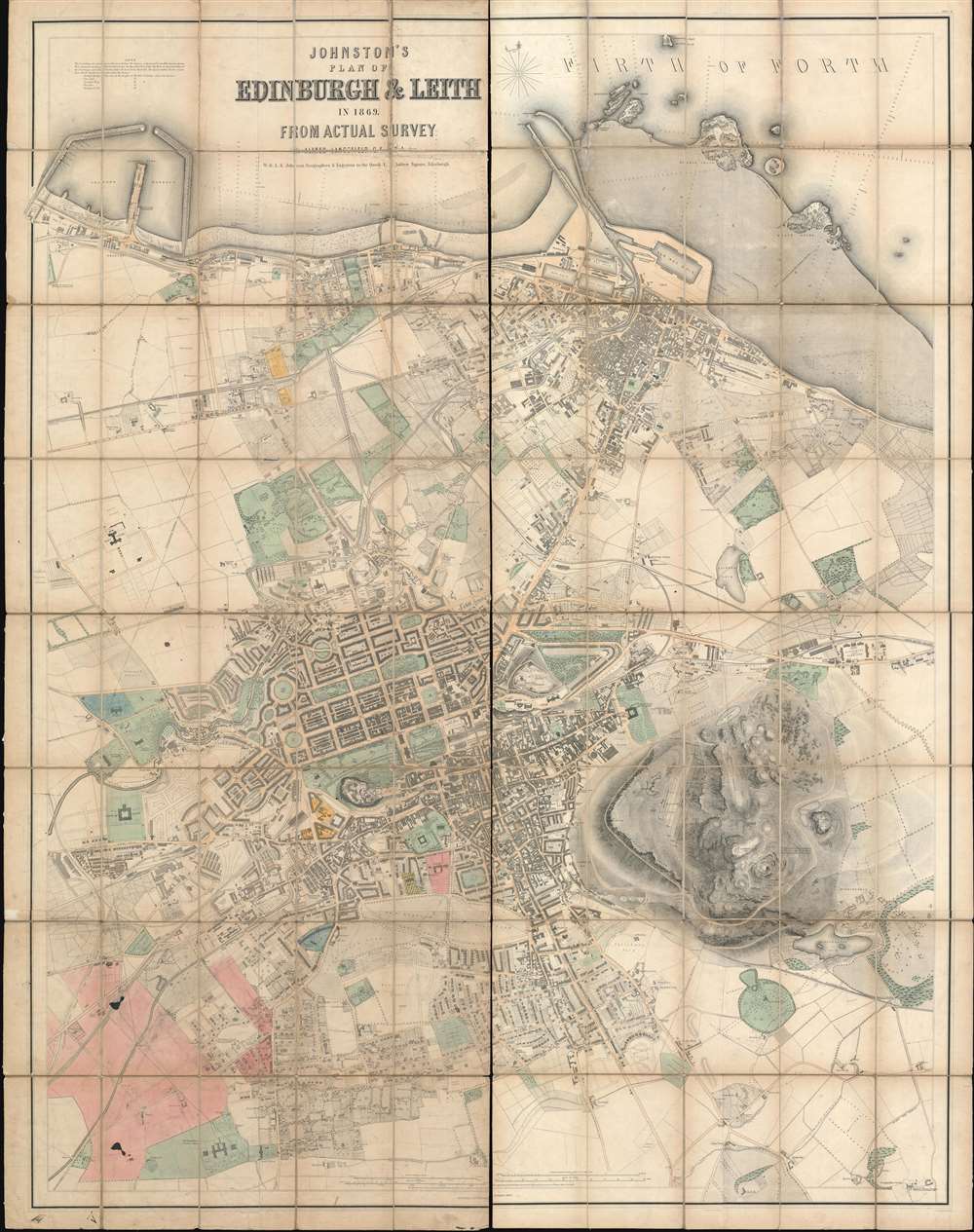 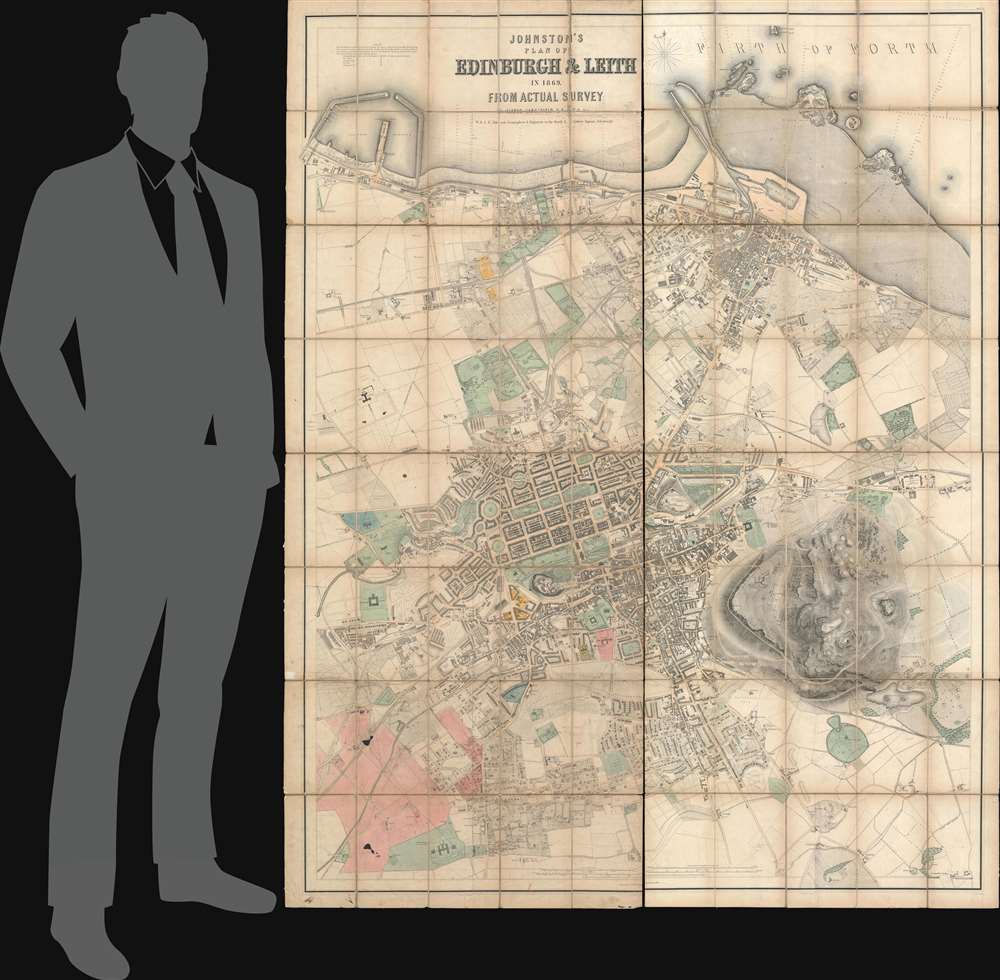 1869 Johnston City Plan or Map of Edinburgh and Leith, Scotland

This 1869 Johnston city plan or map of Edinburgh and Leith, Scotland, presents an impressively detailed overview of the city during an era of rapid industrial expansion. For more than thirty years, this map was the finest available map of Edinburgh, used for urban planning, city administration, trade, infrastructure development, and more. Shipyards, mills, factories, breweries, foundries, and ironworks, many of which are labeled, fuel an economic boom. The city's railways and stations are illustrated in detail. Central Edinburgh's iconic grid, designed by James Craig in 1768, stands in contrast to the maze of streets and lanes that create the rest of the city. As a historical aside, 1869 was also the year the 'Edinburgh Seven,' the first group of female students to enroll in a British university, began attending the University of Edinburgh Medical School, although they were not allowed to take degrees.

This example of Johnston's map bears numerous manuscript annotations. For example, along the left border, a new railway is sketched in pencil, running from the Heriot Brewery toward the existing rail line. A road is added here. More manuscript notations appear in the lower-left, many of which plan out roadways and properties to be established. Unfortunately, precisely what is being planned is unclear. Three different colors, blue, pink, and yellow, are present in manuscript and are used to highlight areas around Edinburgh, but, alas, we have also been unable to decipher the meaning.

Manuscript Notations and The Merchant Maiden Hospital and Gillespie's Hospital

A Note Concerning Provenance - The Merchant Company of Edinburgh Library

A red binder bearing the stamp of the Merchant Company of Edinburgh accompanies this piece, suggesting that it was once part of their library. Officially known as The Royal Company of Merchants of the City of Edinburgh, the Merchant Company of Edinburgh received a Royal Charter in 1681, but dates to at least 1260. Begun as a merchant guild founded to protect the trading rights of Edinburgh's merchants, the Company also undertakes educational and charitable missions. To become a member, one must be elected by the Master's Court and either reside or operate a business in Edinburgh or within twenty miles of General Register House in Edinburgh.

This map was created and published by William and Alexander Keith Johnston in 1869 and is accompanied by a red binder. Johnston published editions of his plan of Edinburgh beginning in the 1850s through the 1890s. One example of the present 1869 edition is cataloged in OCLC and is part of the collection at the National Library of Scotland.

Good. Even overall toning. Wear and slight damage where originally attached to binder. Map sectionalized in two panels which can be joined (with linen) on request.