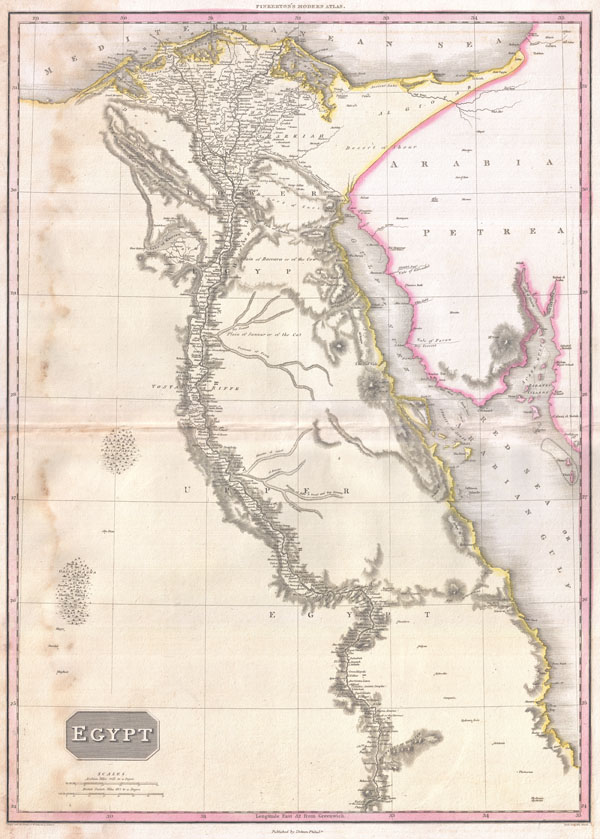 Pinkerton's extraordinary 1818 map of Egypt. Covers the region centered on the Nile River from its delta along the Mediterranean south to the Island of Philae and the city of Aswan. Notes numerous cities and villages along the river as well as various ancient Egyptian ruins including the Pyramids of Giza and the temples of ancient Thebes. Also offers considerable detail the Valley of Natron with is numerous important Coptic monasteries. Several desert oases are also noted, including Fayoum, Parva (Kharga) and Haled. In the Red Sea, the Gulf of Suez, and the Gulf of Aqaba, several undersea shoals and reefs are noted. Also notes Mountain Sinai. Identifies cities, towns, castles, swamps, mountains and river ways. Title plate in the lower left quadrant. Two mile scales, in Arabian Miles and British Statute Miles, also appear in the lower left quadrant.