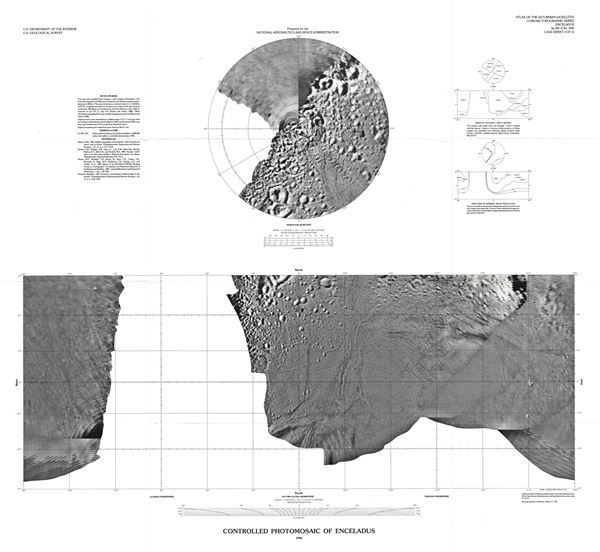 This is a fascinating 1992 U.S. Geological Survey map or photomosaic of Enceladus, the sixth largest moon of the planet Saturn. An inset in the upper half of the map features the North Polar region of Enceladus. This map was based on the images from Voyager 1 and 2.

Since the Cassini-Huygens Mission to Saturn in 2005, new and intriguing discoveries have been made about Enceladus, including the presence of an atmosphere, water rich geysers, the presence of escaping internal heat, etc., all prompting further elaborate studies of Enceladus. Michele Dougherty of Imperial College, London says,

'I think Enceladus is one of the best bets we now have for finding life on another world in our solar system.'

This map was prepared for the National Aeronautics and Space Administration and published by the U.S. Geological Survey as Atlas of Saturnian Satellites Topographic Series map I-2156 sheet 2.