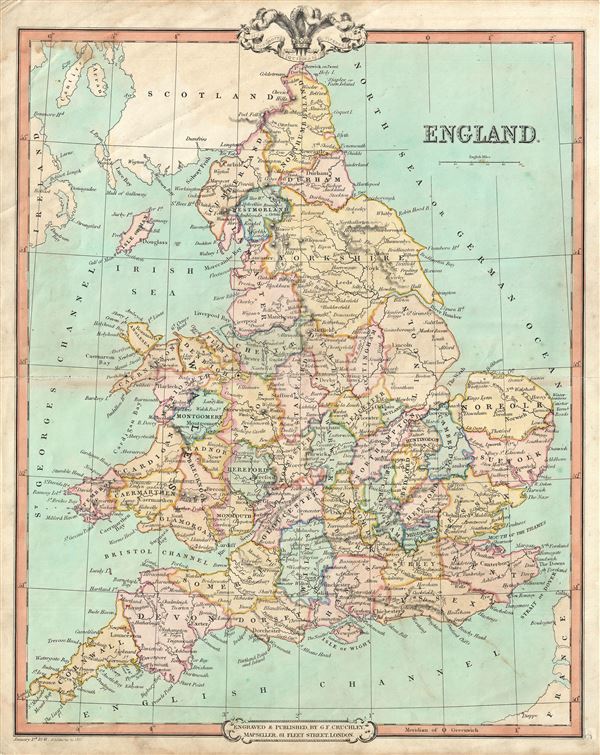 This is a lovely example of George Frederick Cruchley's 1850 map of England. It covers both England and Wales from Northumberland to Cornwall and from the St. George's Channel east as far as the Strait of Dover. The Isle of Man is also included.

During this time, both England and Wales were in the midst of the Industrial Revolution, wherein much of the rural agricultural population was relocating to urban centers. This map is color coded according to regions and provinces and identified several important towns, cities, rivers, mountains and an assortment of other topographical features. Relief is shown by hachures.