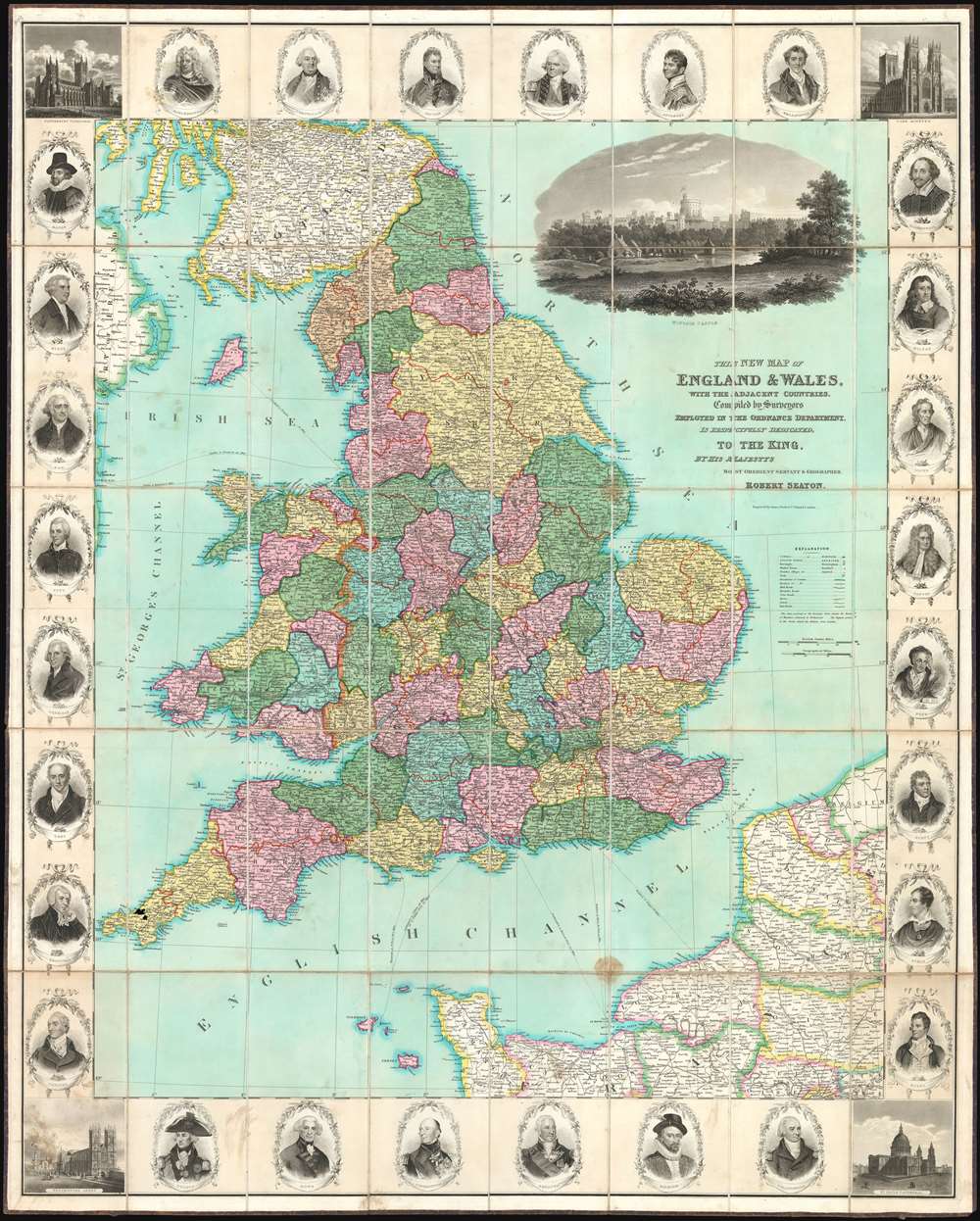 A beautiful map of England and Wales framed by vignettes of historic landmarks and figures.
$1,500.00

This is a stunning c. 1830 Robert Seaton large-format folding case map of England and Wales. The map depicts the region from Ireland to the North Sea and from the Firth of Forth in Scotland to Paris, France. Beautifully executed and wonderfully adorned, the counties of England and Wales are all shaded different colors to allow for easy differentiation. A finely engraved and large view of Windsor Castle is situated at the upper right. The whole is surrounded by a pictorial border populated by portraits of famous British figures, including Shakespeare, Nelson, Raleigh, Byron, Milton, and Wellington. Views of Canterbury Cathedral, York Minster, St. Paul's Cathedral, and Westminster Abbey occupy the corners.

This map was created and published by Robert Seaton and engraved by James Neele and Company c. 1830. It is a uncommonly rare piece, with only two entries in the OCLC at the State Library of Victoria and the University of Oxford. We have been able to locate only one other instance when this map entered the private market.