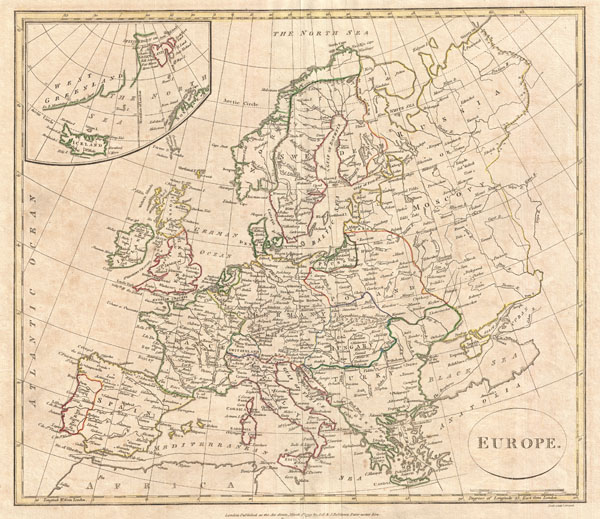 A fine 1799 map of Europe by the English map publisher Clement Cruttwell. Covers the entire European continent, including an very confusing inset of Greenland, Spitsbergen, and Iceland. Also includes western Russia (Muscovy) and the Black Sea. Poland is shown with its traditional boundaries though by this point it had gone through no less than three partitionings. The map is highly detailed labeling numerous cities, rivers, ports, mountains, and other topographical detail. Outline color and fine copper plate engraving in the minimalist English style prevalent in the late 18th and early 19th centuries. Drawn by G. G. and J. Robinson of Paternoster Row, London, for Clement Cruttwell's 1799 Atlas to Cruttwell's Gazetteer.