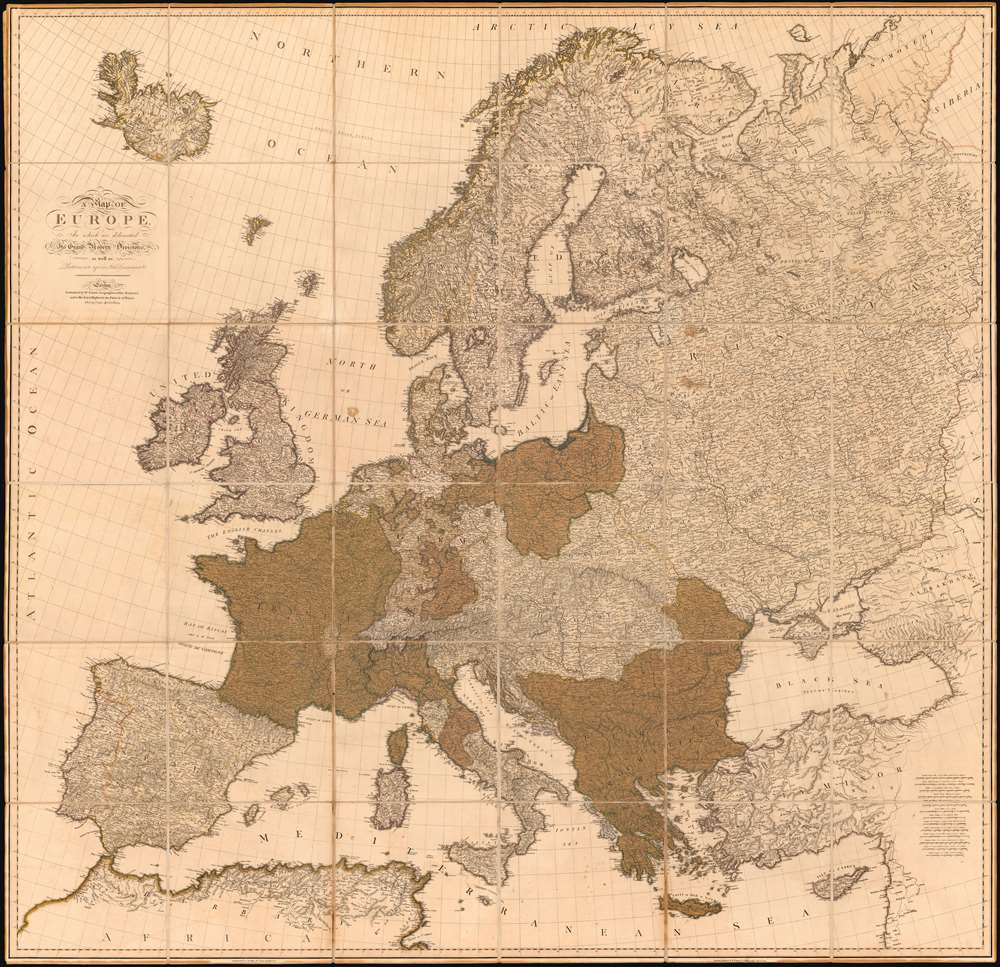 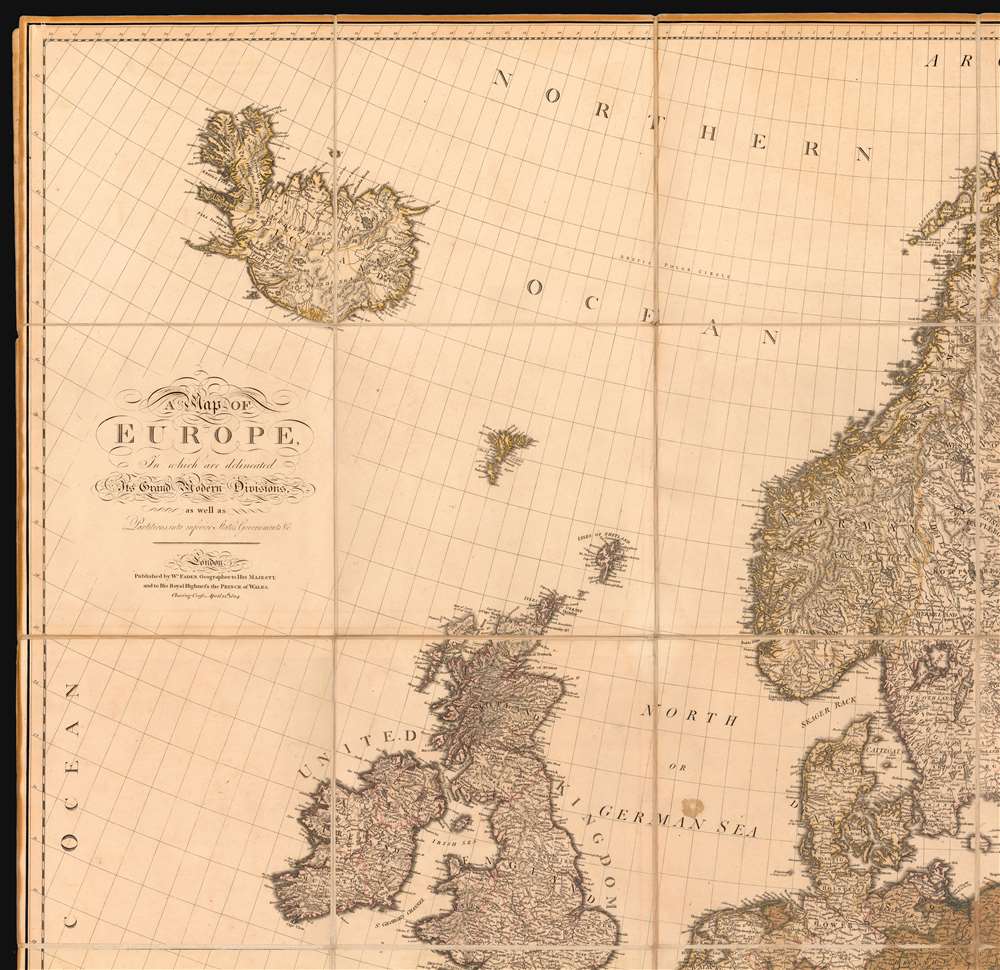 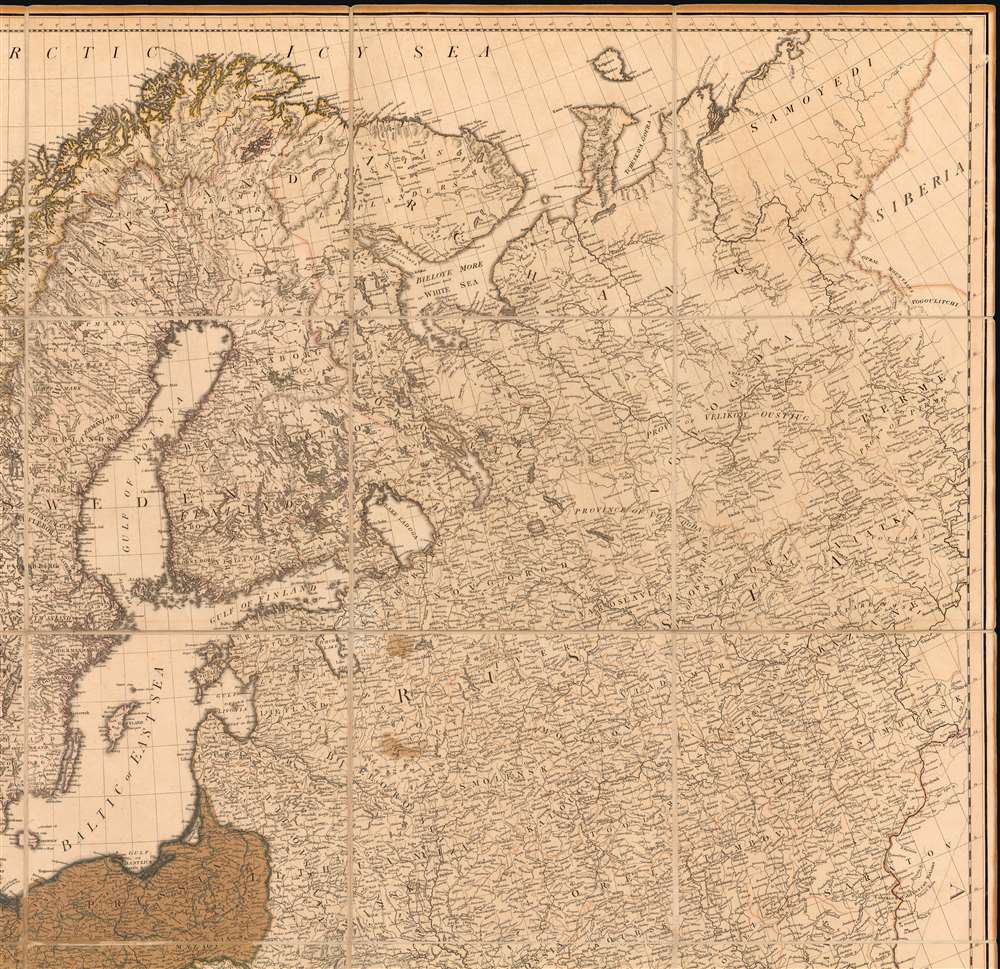 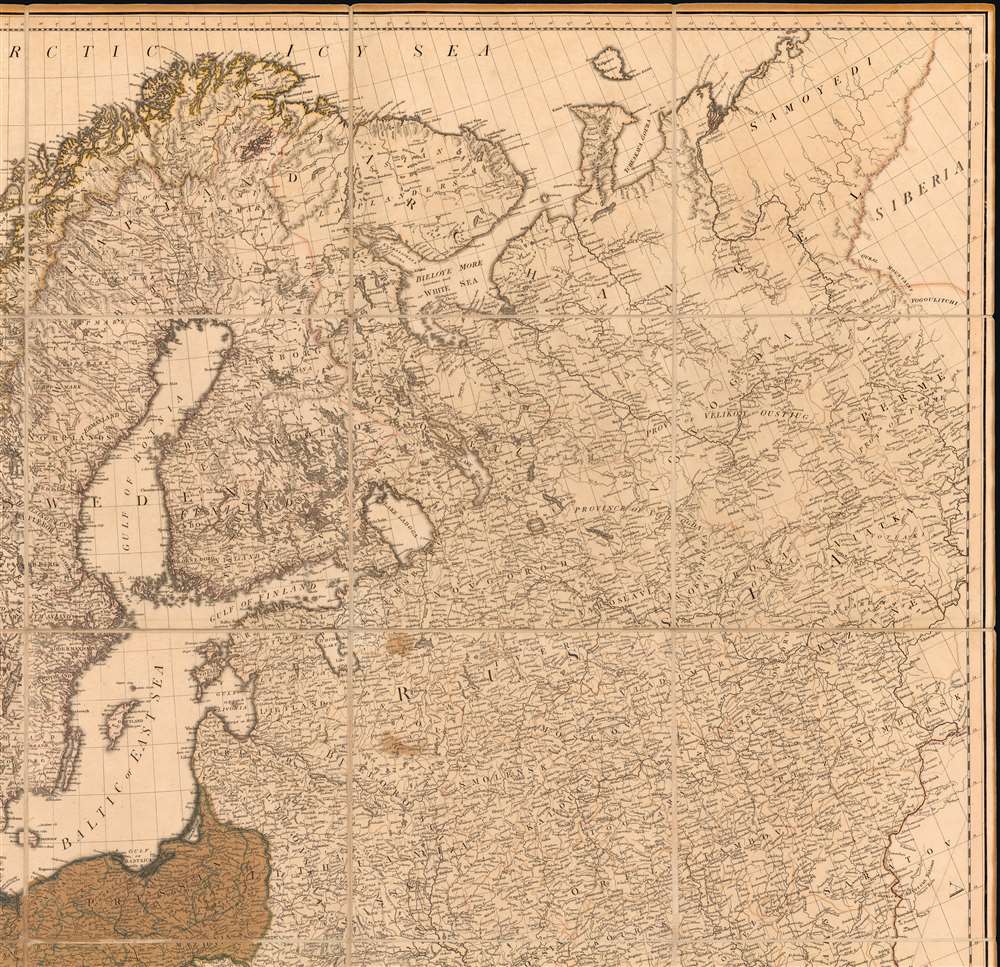 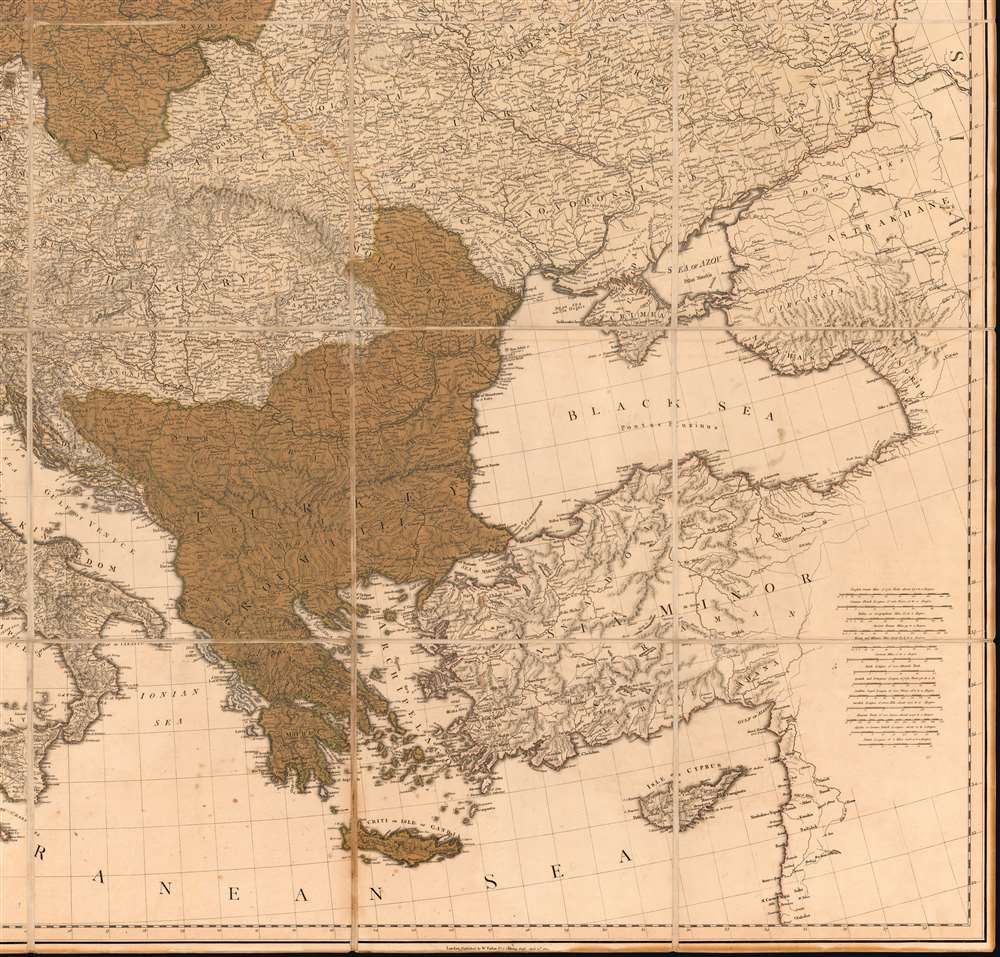 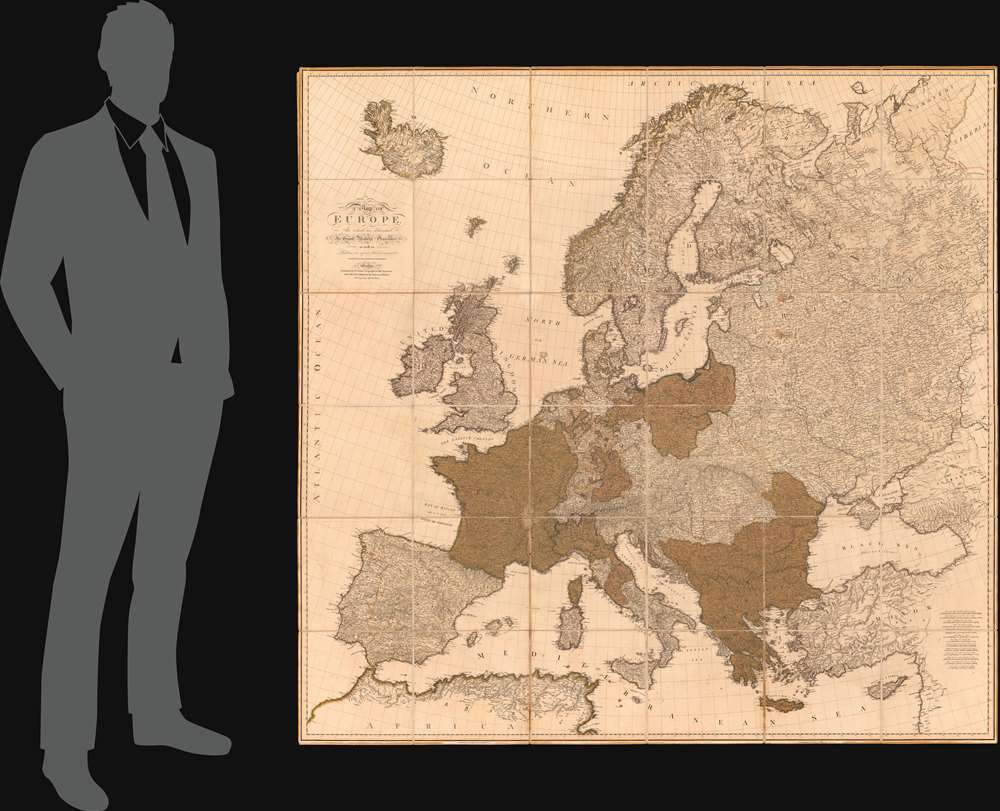 A rare tremendously proportioned 1804 William Faden wall map of Europe issued in the year Napoleon Bonaparte crowed himself Emperor of France - upending generations of dynastic tradition and transforming the continent's political and social landscape. This expansive map covers all of Europe, extending from Iceland to Cyprus and from Spain to the Ural Mountains. Features full old color throughout.

This map was issued at a pivotal point in European history, just one month before Napoleon Bonaparte declared himself emperor of France (May 18, 1804). The map follows the War of the Second Coalition (1798 - 1802) and the Peace of Amiens, but predates the Napoleonic Wars. The War of the Second Coalition was intended to limit French expansion in Europe, but Napoleon instead used the short peace that followed to stabilize the French economy, intimidate much of continental Europe into becoming French vassal states, and seize parts of Italy. Britain ended the Amiens truce in May 1803, when it once again declared war on France. The British were terrified by Napoleon's political re-structuring of Western Europe, particularly in Switzerland, Germany, Italy, and the Netherlands. While Faden perhaps did not anticipate Napoleon declaring himself emperor, he saw which way the wind was blowing and recognized that a new large-scale map of Europe was becoming both a financial opportunity and a strategic necessity. As Faden's new map hit the presses, all of Europe broke down into conflict - much of which ended with French victory. This magnificent map would have only a short and limited run, for just weeks after it was issued, everything changed, thus accounting for its rarity. The Napoleonic Wars would wage for another 11 before Napoleon was firmly and finally 'met his Waterloo'

This map was published by William Faden on April 12, 1804. The map is rare with the OCLC noting only 3 examples in institutional collections. Additional holdings include the British Library and at least 2 in private hands.