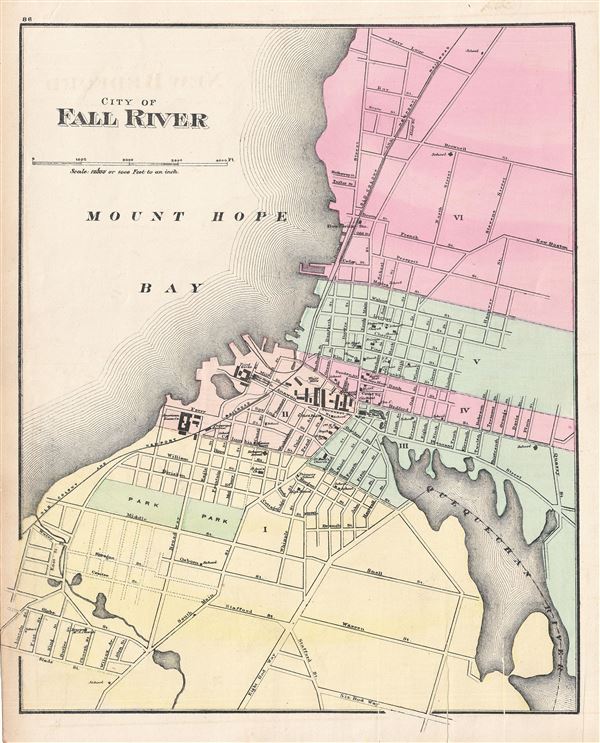 This is an attractive 1871 map of the city of Fall River, Massachusetts, issued by H. F. Walling and O. W. Gray. It covers the city from Ferry Lane south as far as Six Road Way. Color coded according to wards, the map notes several important buildings, rivers, streets, parks and an assortment of additional topographical details. The Quequechan River is also identified. This map was issued as plate no. 86 in the 1871 edition of Walling and Gray's Official Topographical Atlas of Massachusetts.

Very good. A trio of printing creases near bottom margin. Map runs off edge of paper, as issued. Blank on verso.