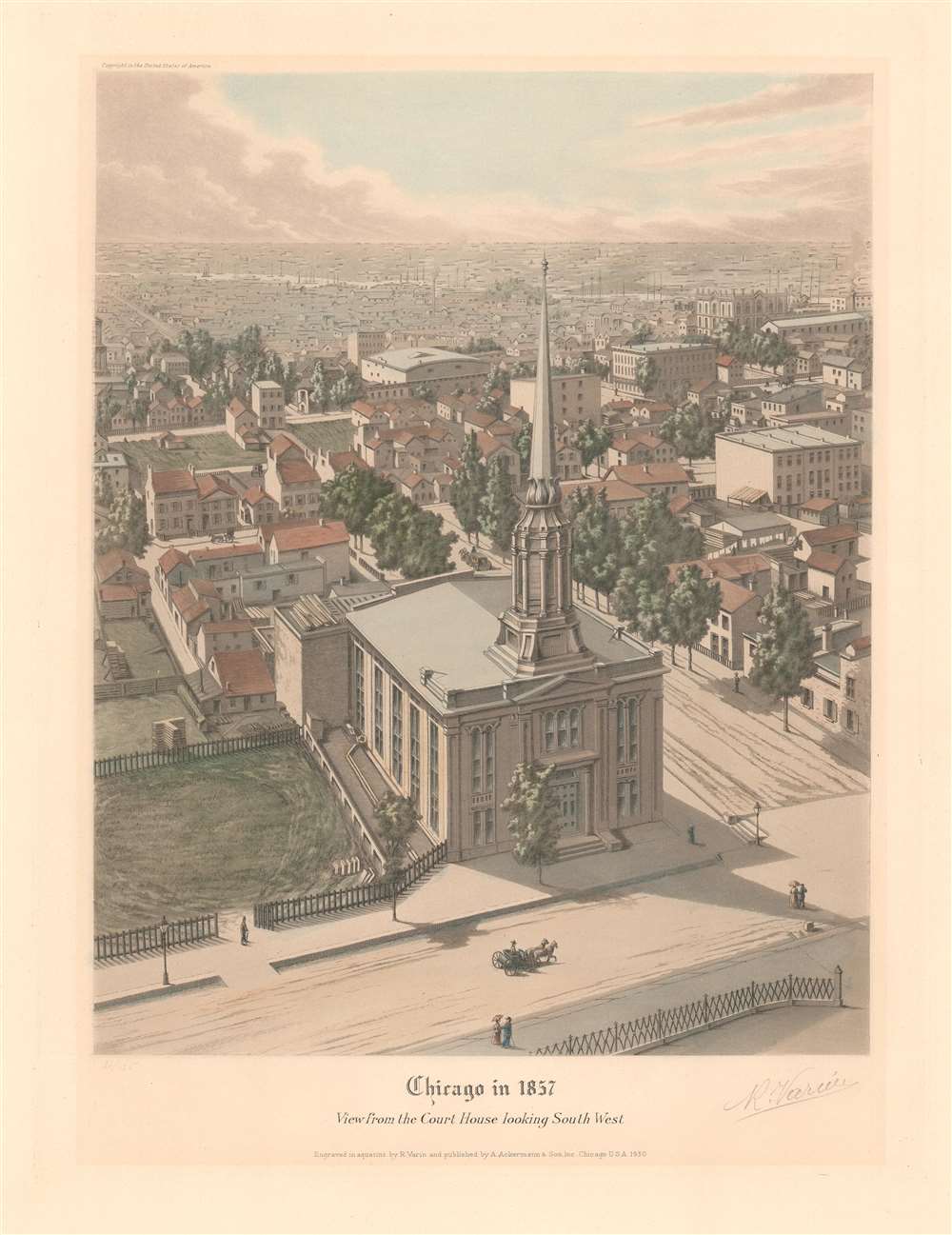 Varin likely based this work on Alexander Hesler's 1858 Panorama of Chicago. The perspective of the First Baptist Church matches Hessler's panorama, down to the inclusion of the southwest corner of the Courthouse Grounds. Varin embellished the view by adding pedestrians on the sidewalks and a horse and buggy on Washington Street.

This view was created by Raoul Varin and published by A. Ackermann and Son in Chicago in 1930. Varin produced a series of thirty-one views of Chicago between 1926 and 1932, each issued in a limited edition of 125 prints. The present print is hand-numbered in the lower-left corner and is number 21 of 125, making it an early impression in the print run. It is signed by Varin on the lower right. Today, Varin's prints are known to have suffered from poor framing and are generally not in the best condition. The presently offered print, however, is stunning. We are aware of one other example of this view in private hands.

Very good. Even overall toning. Signed and numbered by the artist. Blank on verso.
Looking for a high-resolution scan of this?