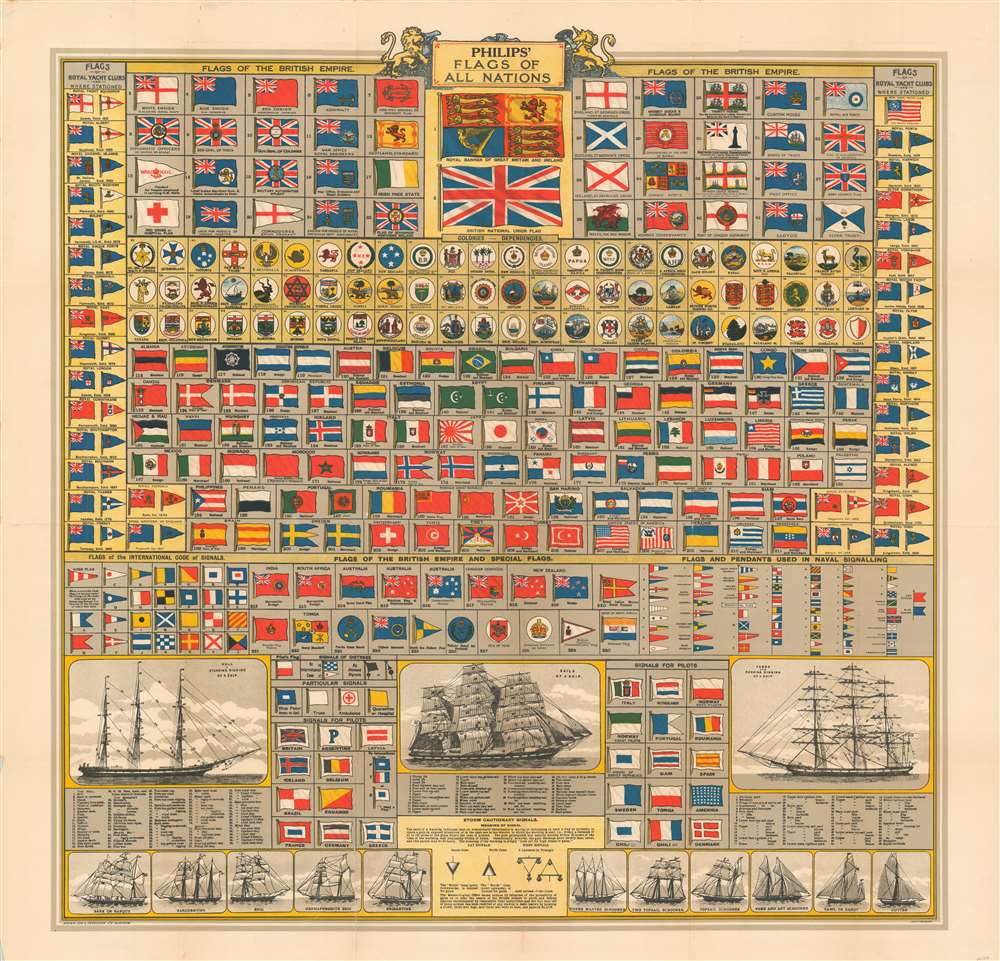 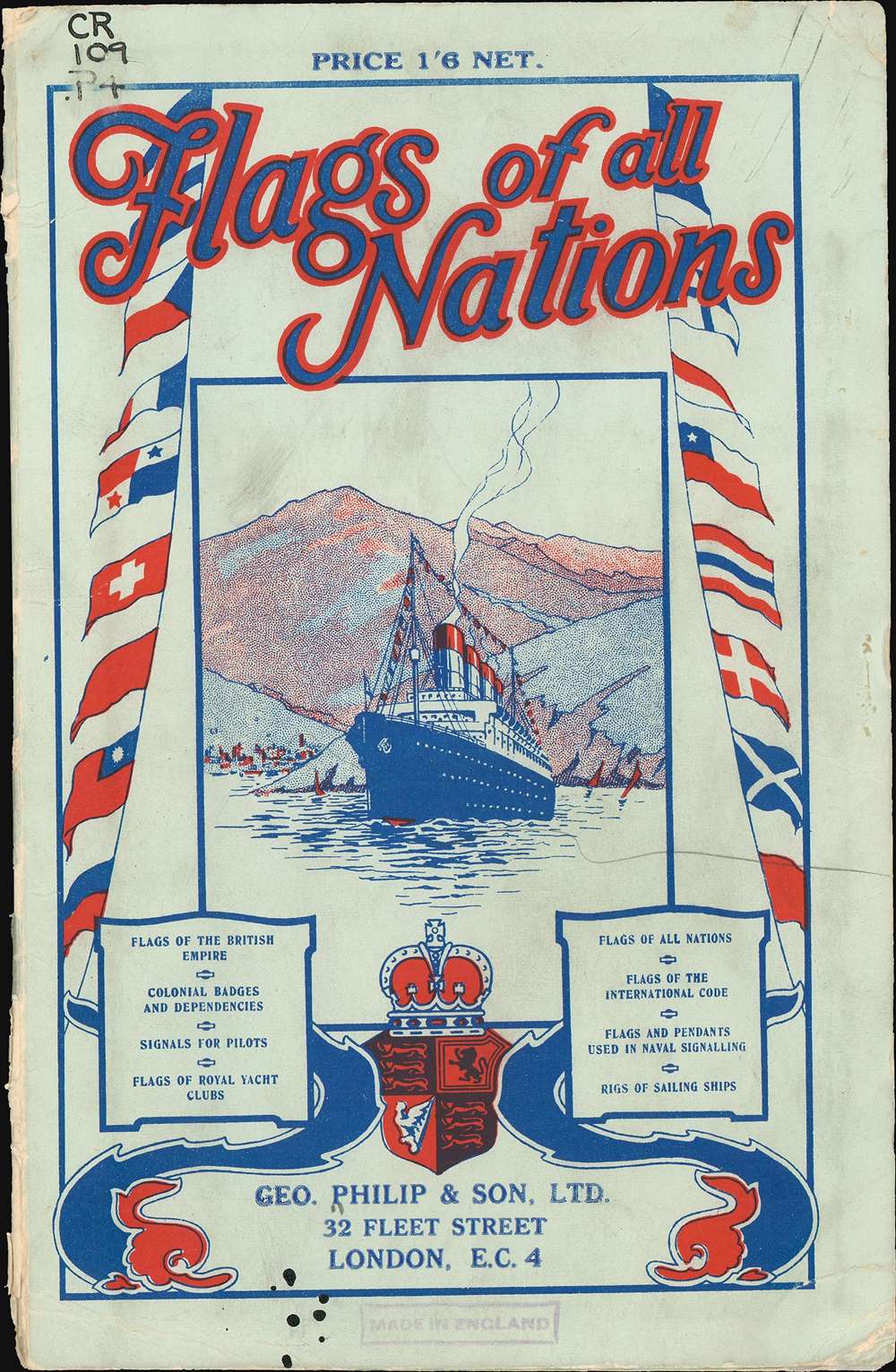 Spectacular flag chart reflecting the apex of the British Empire.

A stunning c. 1922 George Philip and 'Brown Son and Ferguson' chromolithograph vexillology chart illustrating the 'flags of all nations'. This chart was issued at the height of the British Empire in the interwar period between World War I and World War II. Underscoring the maritime might of the British Empire, the chart his heavy Anglo-focused, with dozens of flags associated with the British Empire, its vast private and naval fleets, and its colonial dependencies. The chart also offers flags for dozens of other countries. Some of the more interesting are Afghanistan, the U.S. 'Revenue Cutter Service', and Tibet. In the years after this map was made, the Empire began a long decline. Evident here are independent flags for Ireland and Egypt, reflecting the Irish War for Independence (1921) and Declaration of Egyptian Independence (1922), both emblematic of growing anti-colonial movements. Along the bottom of the chart there is additional information useful to the armchair mariner regarding the identification of different types of ships, and the complex naming of ship rigging.

This chart was published in Glasgow and London by 'Brown Sons and Ferguson' in partnership with the large London publishing concern of 'George Philip and Son'. There are multiple editions of this chart issued from about 1900 through World War II. The present chart, with its extensive treatment of ship nomenclature in the lower quadrants, is among the most elaborate of the series. Most examples are undated, but from the flags present, we can roughly date this example to 1922.


Brown Son and Ferguson (1850 - present) are nautical publishers based in Glasgow, Scotland. The firm was founded around 1850 as a stationer servicing the nautical trade. Their location, near the docks, caused them to focus on nautical matters, printing navigation manuals, nautical charts, logbooks, and more. Founded in 1850 by James Brown, who was soon accompanied by his son Robert Brown, the firm began as a retail stationery business. In 1876, the firm published the first issue of Brown's Nautical Almanac, which was one of its first publications. Commonly known as 'The Sailor's Bible', Brown's Nautical Almanac is published annually and is still published to this day. The only exception was the September 1960 issue, when a fire ravaged the company's offices, including that month's issue of the Almanac. Brown, Son, and Ferguson published the Almanac monthly until December 2011, when Seabreezes Publications on the Isle of Man bought the magazine A history of the firm written by the current management suggest that Ferguson joined firm around 1939, but we have found the 'Brown Son and Ferguson' imprint on charts and other publications that can date no later than 1933. The firm registered as a Limited company in 1921. Decedents of the original founders still run the business from offices in Glasgow. Learn More...

Good. Some wear on old fold lines. Minor reinforced and repaired split lower left passing through the 'Hermaphrodite Brig'.
Looking for a high-resolution scan of this?